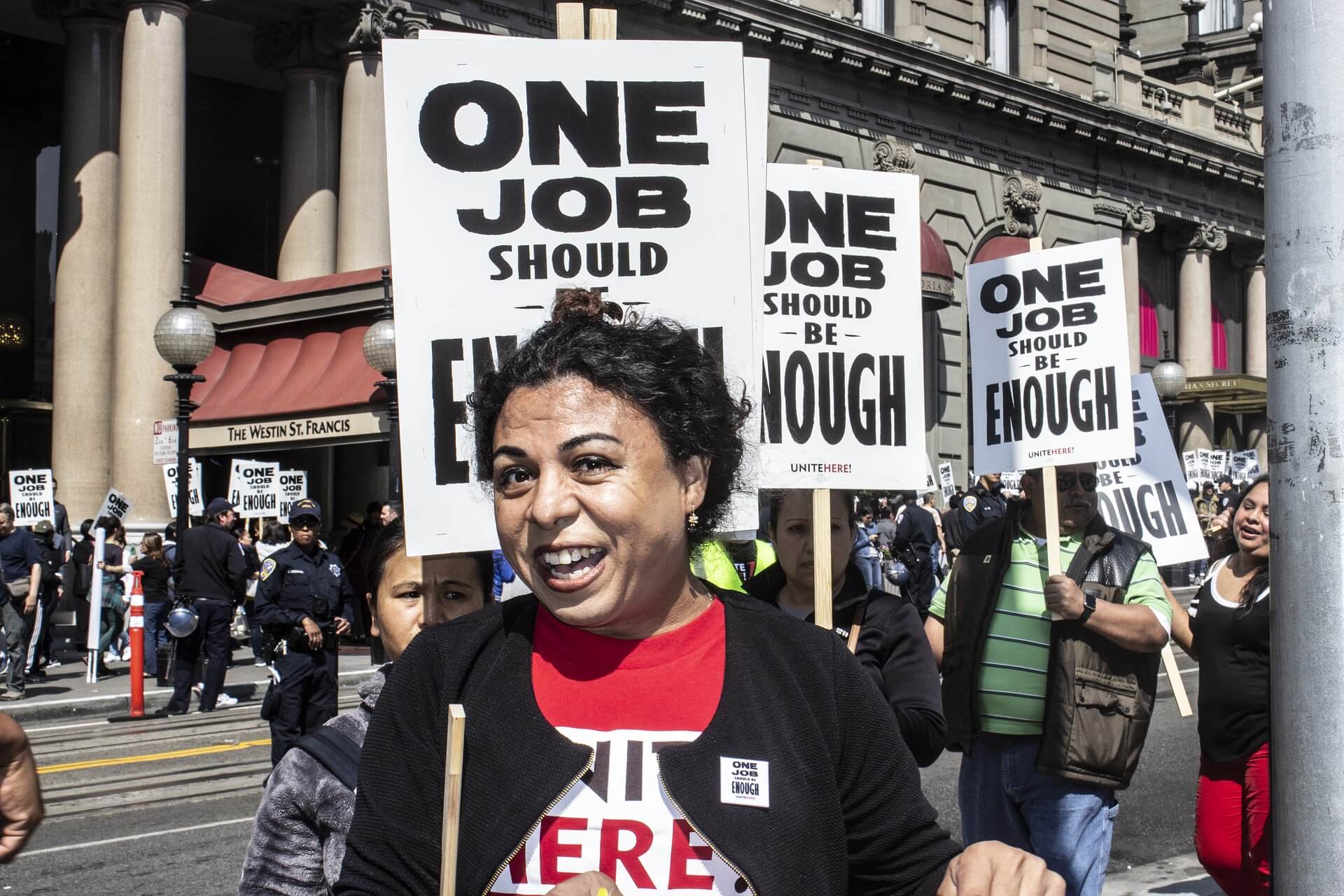 I don’t normally talk about my personal experiences on this website, but today as we celebrate Labor Day I thought it might be a good time to talk about what labor unions have done for me personally, and why I love them.

I was born in 1946, which makes me geriatric. However, the era I grew up in was an era of powerful unions. My first job was at a large department store, where there was no union. I made .86 cents an hour. Thank God, this was only a summer job between high school and college.

I was going to college and near graduation when my boyfriend and I got pregnant. Oops. That caused some gear shifting. This was 1966, and pregnancy was a common incentive to speed up the wedding ceremony.  No worries, life goes on. So after the birth of our gorgeous son I thought I should get a job and finish up the university degree part time. Well, in 1966 the minimum wage was somewhere around $1.25 per hour. Do some math. I’ll give you a minute. That is about $50 bucks a week or $2,500 a year; that’s before taxes and other  withholdings.

Getting in as a union apprentice was not an easy thing in those days, especially as a woman. Initiation fees into a union could be $1,000 dollars or more. Several factors came together that gave me a slick entry into Local 1092 of the Retail Clerks Union. First, I was given a special initiation rate into the union because the bakery where I worked joined the union. All these new union employees were given an initiation rate of $65.00. Amazing!

Second factor, was that the unions were feeling social pressure to hire women. In 1966 there were about three women working as grocery clerks in Portland, Oregon. At that time, where the hourly wage for a journeyman clerk was about $7.96. I shake my head at the thought of it. The grocery and meat workers being primarily men. Good money, mostly men.

And, a third factor helped me. My husband, was working at a grocery chain, called Prairie Market. An early Costco idea, membership, warehouse style. Prairie Market was a project of a much bigger company, known as Tradewell. Tradewell was the retail arm of megacorp, Pacific Fruit & Produce.

So, here it comes. It’s all about who you know. The person doesn’t necessarily need to be close friend, mind you. My husband went to bat for me with the district manager, told him I was an experienced cashier, and to top it off I was already a member of #1092. Being a union member went a big way in sealing the deal.  The next thing I knew I was hired as an apprentice at $3.85 per hour! A year later as a journeyman I was making nearly $8 per hour with every medical and dental coverage known. That job allowed me and my husband, who had the same deal, to have a beautiful home, college educations, and one brand new hot mustang in the driveway. All because of having a union job.

Thanks to an Oregon Nurse’s Association scholarship and college help from my employer at the time (Safeway Stores). I was not only able to finish my Bachelor’s Degree but I was able to continue with school and became a Registered Nurse. I worked forty years as a professional nurse. It was mostly because of me having a good “union  job” to support me while I got that education.

A Lifetime of Union Membership

After I graduated nursing school I had the privilege to join the ONA the same organization that had helped fund my education. ONA represented me my entire career.  The nursing union gave me good wages, job protection, and great benefits. Labor unions are about people with similar interests getting together to work for the benefit of all of those in the group. Thank you organized labor for giving me a great life.