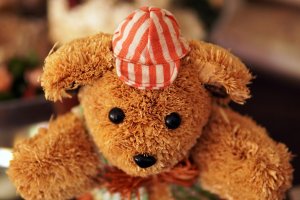 2021 has been a tough year for me. Thankfully, it is almost over.

Let There Be Light

My 2021 experience probably isn’t any worse than anyone else out there, but I have a place to talk about it; so I’m talking to you. First, let me tell you up front, the time between Thanksgiving and New Years is traditionally a bad time for me. I can’t really call it Seasonal Depression *(SAD) although it does occur at the same time every year. I do use light therapy and journaling, to help me get through. Maybe . . . it is undiagnosed Seasonal Affective Disorder. Denial is not new to me. For about a decade I would drink my way through that 35 day period. Thankfully, I put a stop to all that nonsense many years ago; totally unproductive behavior, and certainly hard on relationships.

I was on the internet shopping for a couple of winter solstice gifts when an ad for GUND teddy bears popped up. For some inexplicable reason I knew I needed to buy one. As it turned out, I bought four! One for a friend in an Alzheimer’s Memory Care unit, one for a friend with chronic depression, one for another friend suffering from severe anxiety, and one for myself. Each of the bears were significantly different. I didn’t want to worry about us mixing up our teddies.

Just the thought of holding a teddy bear was reassuring. I wondered why I couldn’t remember when I had last seen my childhood teddy, with his missing eye and torn ear. We had shared so much, I wonder when I abandoned him, for other friends? Mostly, I remember how soft and crushable he was. The ad described the GUND bears as ‘plush’ ‘cuddly’ and ‘huggable’. Perfect. I could hardly wait for the box to show up at my doorstep. In fact, I went back several times to the Amazon site to look at the pictures, trying to decide which bear would go to which recipient.

The teddies arrived in two well-padded boxes. I found a sharp steak knife in the kitchen drawer and cut the tape securing the boxes. To my delight, each of the teddies was adorable. Each as plush and huggable as advertised. After l closely inspected each squeezable bear, I hugged it, and looked deep into its button eyes, before sitting it on the dining room table next to it’s cousin. I knew choosing the one I would keep would be hard. I decided to give it a few days, and left them displayed proud and happy on the table.

Anxiety and insomnia are part of my winter mood disorder, so getting up and wandering around sleepless at 3:00 in the morning is nothing new. But, the recent loss of a lifelong friend had triggered a tsunami of childhood memories and had caused a deep emotional release. Why the hell was I puff breathing? I felt like I was in heavy labor.  I grabbed the smallest of the bears off the table and clutched it to my chest, and wailed like an infant. For the first time I realized I had lost at least a year of my young life. What the hell? How could that be? That’s not possible.  Or, was it?  Many of us retreat from trauma, emotional and physical, and bury the pain in a deep, dark, place.

I was talking to the bear. I was literally talking out loud, sharing my agony with my fuzzy friend.  Some how my brain had tossed away decades of pain by talking to this toy bear, just like I had talked to my childhood teddy bear. I cried for a long time, my eyes were red and puffy into the next day. When the tears ended I felt great relief. I had not lost a year of my life, but I had indeed buried it in a deep hole. It was the year my parents divorced. Ooh, fu–. Holding and talking to the bear allowed me to touch that ‘inner child’ that every psychiatrist talks about.

Therapists theorize that there is an inner child in all of us. The child is always there even when we are  adults. According to theory there are two parts to our inner child. Part of the child is healthy, happy and comfortable with self. Then there is the wounded and damaged child, the child that feels hurt, rejected, and disappointed. That wounded child is buried deep inside. The wounded child will often hide in our bad or less than desirable habits. I realized clutching the teddy bear allowed me to reach back to childhood and engage with suppressed emotions that needed to be released.

After being saved from a wrist-cutting weekend by a plush huggable toy I went online this morning and looked up ‘Teddy Bear Therapy’. Believe it or not, there really is such a thing, and it has been a thing for quite a while. One article on the topic suggested that we give our teddy a name, tell it when we are sad or unhappy, hold the teddy in one hand, and let it hang by your side as you walk (the way a kid would). Take the teddy to bed and embrace it while you sleep.  When sad or depressed the article suggested, lie down and cuddle with your teddy bear.