Plastic is a synthetic organic polymer made from petroleum.  Plastic is ideally suited for a wide variety of applications. Packaging, building and construction, household and sports equipment, vehicles, electronics, and agriculture; the uses are endless. It is cheap, lightweight, strong and malleable. Over 300 million tons of plastic are produced every year. Half of plastic products are designed for single-use; such as shopping bags, cups, and straws. While plastic has many valuable uses, we have become addicted to single-use or disposable plastic — with severe environmental consequences.

More than 99% of plastics are produced from chemicals derived from oil, natural gas, and coal — all of which are dirty, non-renewable resources. If current trends continue, by 2050 the plastic industry could account for 20% of the world’s total oil consumption.

We produce about 300 million tonnes (metric tons) of plastic waste each year. That’s nearly equivalent to the weight of the entire human population. We’re seeing  worrying trends. Since the 1950s, the rate of plastic production has grown faster than that of any other material. We’ve also seen a shift away from the production of durable plastic, and towards plastics that are meant to be thrown away after a single use. These single-use plastic products are everywhere. For many of us, they’ve become integral to our daily lives. 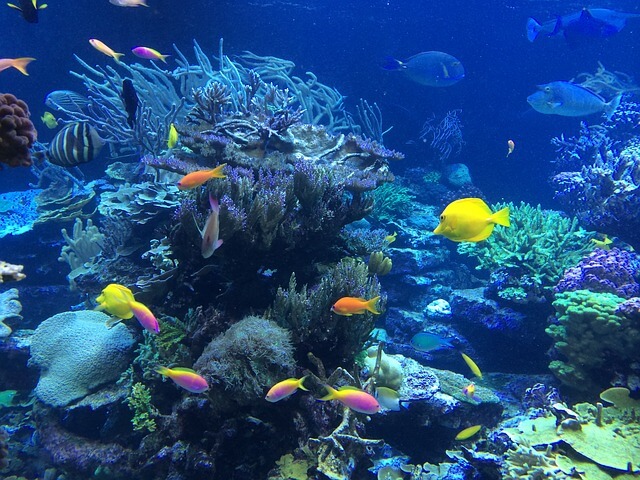 Efforts to protect the Great Barrier Reef are falling short of what is needed. It could all be gone by 2060

The Great Barrier Reef Is Dying
What Can We Do About It?

As a “dinky di” Australian, living in Queensland, I am fortunate enough that one of the great natural wonders of the world, The Great Barrier Reef, is local to me. I am also fortunate to have been there on holiday several times and always marvel at its unique and amazing beauty. The reef is in the Coral Sea, just off Queensland’s coast.

To give you a bit of background, the Great Barrier Reef is the world’s largest coral reef system. It consists of 2,900 individual reefs, and 900 separate islands stretching across 1,500 miles. This amazing feature is the world’s biggest single structure made by living organisms. The reef was built by billions of tiny organisms called coral polyps. Evidence indicates the complete reef has been in place at least 600,000 years. The current living reef formation grew on top of the older reef an estimated 6,000 to 20,000 years ago. The reef supports a variety of marine life.  It was designated a World Heritage Site in 1981.

It was designated a World Heritage Site in 1981.  The reef  is subject to environmental threat. According to studies the reef has lost more than half of its coral cover since 1985.  A large part of the reef is within the Great Barrier Reef Marine Park which helps limit the impact of human use. But the environmental pressures on the eco-system are great and varied and primarily man-made.

Much of  popular sentiment suggests global warming is the major issue. Climate change is having a significant effect on the Great Barrier Reef, however, there are many others issues that need to be added to the list of usual suspects. Like in many other coastal areas around the world, over-fishing, pollution, shipping, coastal and urban development, tourism and agricultural runoff are all contributing factors.

There is no argument that warming oceans, a direct result of global warming is affecting the Great Barrier Reef. A startling 2016 report indicated nearly 500 sq miles of the northern end of the reef had significant coral bleaching.

Rising ocean temperatures force the coral to expel the algae cells living in their tissues. The algae give the coral both color, and act as a food source. Once the algae is expelled the coral turns completely white (“bleached”) and is vulnerable to disease and starvation. Coral can survive the bleaching event, but future stress can overwhelm the organism, leading to mass death. The major issue here is that live coral is part of the food chain. As a result, marine life, reliant on live coral also suffer. Anything that has an impact on this unique eco-system needs to be recognized and addressed if we are going to save this natural treasure.

Over-fishing is another major issue confronting the Great Barrier Reef. It is most clear, in the way it changes the food chain and eco-system. The Coral Trout and the Red Emperor are the bigger fish that feed on the smaller ones. With the predators depleted the smaller ones flourish, but change the current eco-structure.   The captures of predatory fish, like Coral Trout and Red Emperor mean there are far more “prey” left in the waters. As a result, the variety of fish that is needed for a healthy eco-system has been reduced. James Cook University, which is situated close to The Great Barrier Reef, stated in a recent study “diversity is what helps make reefs resilient to change.”

When referring to coastal development, we are looking at human intervention. The creation or extension of tourism areas, including new houses, resorts, roads, and restaurants, are all examples. As these are often beachfront, they contribute to increased erosion, water traffic and pollution. These also have an effect on marine eco-systems that are already fragile and sensitive to outside influence.

Both commercial shipping and private boating pose a danger to the Great Barrier Reef.  When a boat docks on the reef it can lead to the death of many coral, especially the coral  under the boat. Waste disposal discharged from the vessels pollutes the waters and kills the flora and fauna. Even worse are the frequent oil spills that kills most everything it touches.

Several shipping routes pass through the reef. There have been more than 1,600 shipwrecks in the area of the reef. In 2010 a ship ran aground, spilling nearly 700 barrels of oil, leading to extensive damage to the reef and its eco-system.

The Crown-of-Thorns Starfish feeds on coral polyps. A large infestation of the starfish can devastate reefs. The infestations seem to occur in natural cycles, but seem to worsen with poor water quality and the over-fishing of the starfish’s natural predators.

All reefs are reliant on pristine water quality. However, the Great Barrier Reef, like many other reef systems, are being subjected to land based run off from human development. These include industrial and agricultural factors. The increased sediment, nutrients, and contaminants can lead to further algae growth. The Great Barrier Reef Foundation state “nutrient run-off has also been linked to outbreaks of the Crown of Thorns Starfish – a significant contributor to the loss of coral cover on the Great Barrier Reef”.

This is really the “damned if you do, damned if you don’t” scenario. Tourism brings essential money to these coastal localities. They are reliant on it. However, seemingly “benign” activities like snorkeling and diving, can have damaging effects on coral reefs. To close off the popular areas of the Great Barrier Reef, to give marine eco-systems a chance to recover, would mean financial losses equating to more than a billion dollars a year to the Australian economy. When the choice is jobs or the environment, jobs seem to win the war. Sadly, the reef that brings the tourists could soon be dead. I guess then the tourism marketers can sell a visit to the “amazing Great Dead Barrier Reef-once a wonder of the world”. Pardon my sarcasm.

Can We Preserve The Great Barrier Reef?

The Great Barrier Reef  is a natural wonder and a World Heritage Site, but its value is far more than that. Like most reefs, it protects the coastline from damaging wave action and cyclones. It provides shelter and habitat for many marine organisms. Therefore, it’s vital that we must all do something to help save it. The list I have created is great for the Great Barrier Reef, also works in other places and is quite socially responsible.

In 2015, the Queensland and Australian governments signed the “Reef 2050 Plan” a plan for the protection and preservation of the reef. “The 2050 plan aims to institute protective measures to improve water quality, reef restoration, killing of predatory starfish.” What the “Reef 2050 Plan” does not address is global warming caused by greenhouse gas emissions. Experts dismiss the plan as too little too late and have effectively written off the reef as a lost treasure.

9 Simple Things To Do For The Great Barrier Reef

1). Water conservation.The first thing we can all do, and isn’t a difficult task, is to be more stingy with water. Conserving water reduces runoff, which means less waste ending up in the ocean.

2). Reduce our rubbish impact. This can be as simple as picking up trash as you leave beach areas. Make sure you never litter. That bread bag that didn’t get picked up on the roadway may literally find itself blown first into a river and eventually into our oceans.

3). We as consumers have a collective influence on climate change. Thoughtful purchase of appliances, buying those with an energy star rating. About the house we can use LED bulbs that use 80% less energy than normal light globes. Purchase  electric cars to cut carbon emissions. Plan short trips and errands to reduce gasoline use.

4). You can do things on your property, and in your home, several changes that benefit the environment can be made. Resolve to plant more trees. Use your food waste as compost. Limit use of fertilizers and poisons. Use your air conditioner less. Use your clothes line for drying your clothes when weather permits, instead of throwing them in the dryer. Properly recycle oil, toxic chemicals with your waste disposal provider.

5). Conservation organizations depend on donor funding, whether from government and/or individuals. Don’t be afraid to give, even small amounts help.

6). Buy local. Reduce fuel emissions from the transportation of goods. Why not take that extra step and  reduce fuel emissions by using your car less. Take your bike for short jaunts, or walk to the corner shop instead of driving. Hey you will get fitter in the process!

7). Local fishing. If you are lucky enough to be able to fish your locality, abide by the fishing restrictions. I love the mottos “fish for the future” and “limit your kill, don’t kill the limit”.

8). Refuse plastic.When at the supermarket, refuse plastic bags, which often end up in the ocean and can kill our marine life. Take your own recyclable bags. As a consumer look for items that have minimal packaging.  Sure this can make that shopping trip a little more frustrating than normal but consider the long-term benefits to the waterways that we all love.

9). Act responsibly. Finally, don’t be the one that says “I will leave it to other people”. “I’ll be dead before that happens”! If we want to make sure that The Great Barrier Reef and other natural wonders survive for future generations we all need to CARE and we need to ACT.