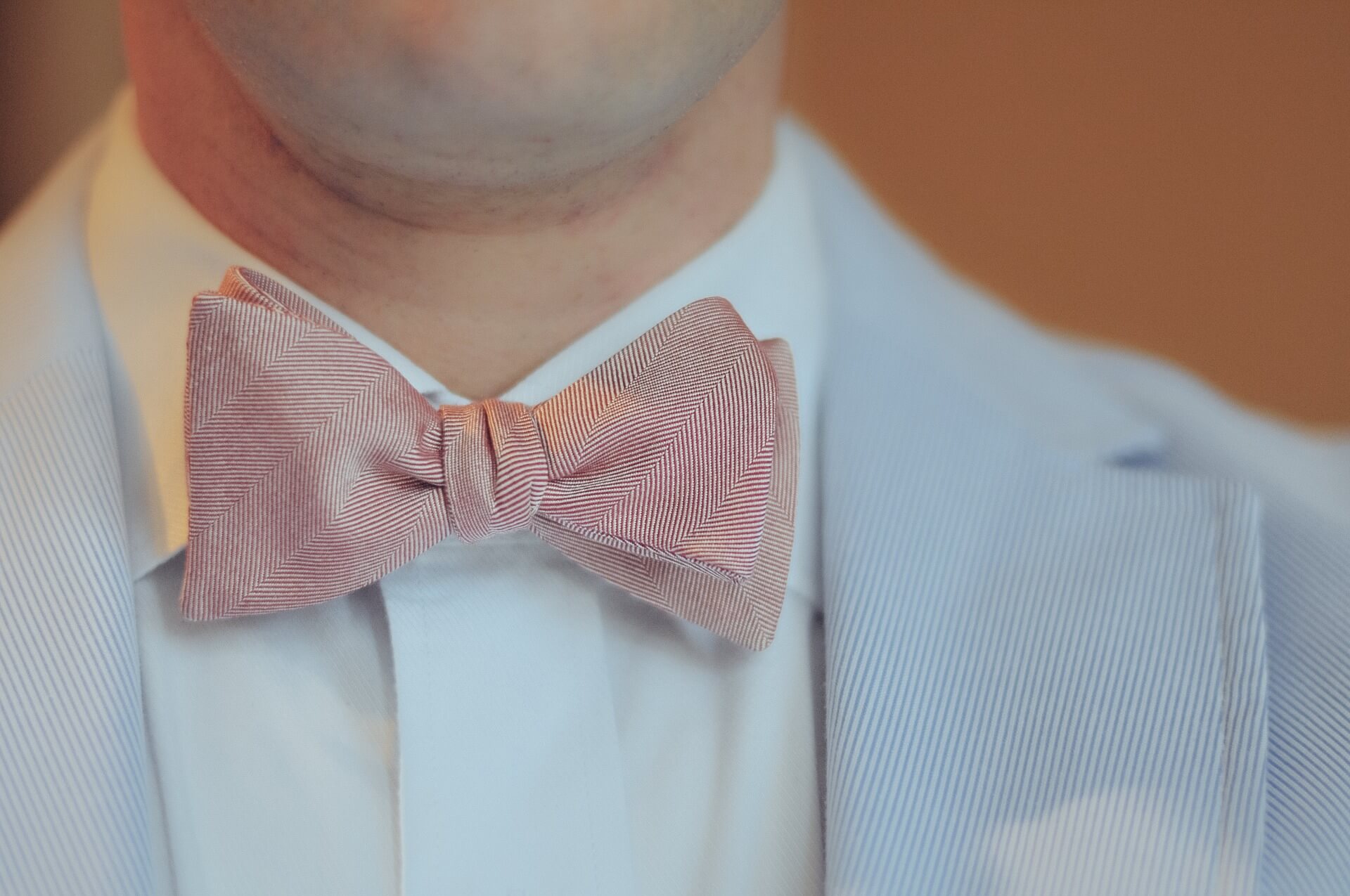 I remember when Tucker Carlson was a bowtie preppie pundit on CNN and then later on MSNBC. This was when he was at least a semi-accurate, semi-reputable, semi-serious, semi-cautious journalist, that appeared to crave authenticity and most of all respectability. Truthfully since his move to Fox News(sic) I feel as though I have been watching the making of the Republican Darth Vader.  Anakin Skywalker, lured to the dark side, is now in his full power bending the minds of Americans and directing the guns of his Death Star at the foundations of American democratic thought every night at 8 pm.

The Tuckster has turned deranged populism, hate spewing madness, irreverent contempt for decency, white outrage, racial grievance, and aggressive nastiness, into a combustive cocktail for his audience of over 3 million devoted followers. Whatever the topic may be-crime, ‘defund the police’, BLM, immigration, race, vaccines, education, health care, or the Democrats, Carlson uses it as fuel for his outrage-driven commentary. Red meat to the masses. Fox News is the Roman Coliseum of today.

Carlson is a product of wealth and privilege. Some might call him a boarding school elitist. His racism and homophobia near legendary. He has always been a bomb thrower and a pompous ass, but over the last decade at Fox he has given up any pretense of journalism and his schtick has devolved into open senseless cruelty. After a visit to Iraq Carlson is reputed to have said, “it’s a crappy place filled with a bunch of, you known, semi-illiterate monkeys.” He has famously called women both “whores” and “pigs.”

A Change Overcomes Him

Tucker Carlson is now approaching five years as host of his hugely popular nightly political talk show, ‘Tucker Carlson, Tonight.’  His stint of peddling bullshit on Fox seems to have self-radicalized the man.  Whatever the topic he offers, he’s pissed off about it, and so should you be, he tells his audience.

Whether it is vaccine skepticism, white nationalism, or his increased support of anti-democratic right-wing regimes around the world, Carlson is all about being an entitled white man. He recently wasted a week embracing and promoting Hungarian strongman, Viktor Orban. Even I have been amazed at Tuck’s open love affair with authoritarianism.  Of course it is white male authoritarianism he likes and supports, certainly not black,  brown, or female (ha, ha) dictators.

Carlson uses his platform to portray his bad faith attacks as honest, good faith inquiries. He sounds alarm bells over issues of fact under the guise of asking legitimate questions. There are answers to his questions, but Carlson suggests there are not. Conspiracy theories fill the ether as well as outright lies. Tucker, like Hannity has grown fat and bloated, continually sneering at liberal democracy as the seed of our destruction. He focuses on culture war stories that fuel the Republican base. Tucker Carlson is certainly the best the extremist right has to fan the fires of Trumpism and righteous Americana outrage.

Tucker Carlson’s message is simple and he does not hesitate to play it over and over. The existential future of America is at stake. At the heart of the matter is the doomsday scenario painted by the right wing media.  Tucker Carlson believes America is on the verge of being lost, because old white men might lose political power in the United States. I’d say to Tucker, “about time.”

Wait Until After Class

Current and former high school students can probably agree on one thing: it’s hard to get a restroom break during class. For transgender teens, however, that difficulty is amplified. Choosing a restroom that aligns with a transgender person’s identity is preferable to many trans teens as it can affirm their sense of self and – particularly for transgender girls – a sense of safety. When a school restroom choice is denied to the student, the basic and universal need to relieve one’s self becomes not only complex, but also heartbreaking and potentially dangerous.

In 2016, Donald Trump said that transgender students should “use the bathroom they feel is appropriate.” His administration has thus far fallen short on supporting that statement. School restroom choice has, in fact, been dismissed by the Department of Education . Transgender teens asking for help from the department now have their cases indefinitely on hold or dismissed altogether. What is the justification for yet another denial of protection toward transgender teens and younger children? According to a Buzzfeed news interview with Department of Education spokesperson Liz Hill, the 1972 federal civil rights law Title IX does not include transgender students. The law, Hill says, “prohibits discrimination on the basis of sex, not gender identity.”

What is Biological Sex, Anyway?

The 1972 amendment to Title IX does, in fact, fail to specify protection on the basis of gender identity, instead providing protection on the basis of “race, color, or national origin” as well as “on the basis of disability”. However, one must consider the definitions of “sex” when navigating the amendment. Time magazine’s article addresses the Trump administration’s relationship with the definition of sex; the concept of sex as binary is not only oversimplified but it is also wrong. If transgender students are not given their choice of restroom usage at school on the basis of Title IX’s exclusion, intersex people are also excluded because these individuals fail to fall within the commonly understood binary of sex.

Even if the definition of sex were to exclude transgender teens from protection under Title IX, the protection on the basis of disability is another angle to consider. Whether one considers a transgender person to have a mental disability or a physical disability, gender dysphoria is listed as a condition in the fifth edition of the Diagnostic and Statistical Manual of Mental Disorders. Again, the nature of transgenderism as a disability is a matter of debate. However, from a legal standpoint, gender dysphoria is considered a disability. According to the American Psychiatric Association, “treatment may focus primarily on affirming psychological support, understanding feelings and coping with distress, and giving children a safe space to articulate their feelings”. Affirmation can be given by granting school restroom choice; to deny treatment to those suffering with gender dysphoria can therefore be considered to be discrimination on the basis of disability.

The Education Department released a statement, saying it is “committed to defending the civil rights of all students and ensuring all students have an equal opportunity to learn in an environment free from harassment and discrimination”. Considering the amendments to Title IX, the agency has failed to protect transgender teens not only on the legal level but also on a personal one. As a result of feeling forced into using a school restroom of their assigned sex, transgender teens often suffer from emotional and physical discomfort. Faced with no choice, trans teens may fast in order to prevent the need to use the restroom, or simply wait to relieve themselves which can result in urinary tract infections and other complications.

Speaking of the “commitment” of the Education Department, the 2017 election of Trump saw the removal of resources for transgender people, including information intended to help transgender teens and children fight for their right to choose their restrooms at school. Specifically, the resources deleted were to seven civil rights complaints and three federal court filings, including the court documents written under the Obama Administration in support of Gavin Grimm, whom – by no small coincidence – won his court case.

If the true intention of the Education Department was to give transgender students protection and assurance of equality of access opportunity, why remove resources that educate the transgender  community or their supporters? Is the Department afraid knowledge may stimulate activism? Furthermore, when the Trump administration rescinded Obama’s transgender rights directive, the rescission was based on the pressure of “significant litigation” from numerous states opposing the Obama directive.

If true choice in bathroom access is to be achieved perhaps we should do some research on the effects of having people use the bathroom based on birth identification and assignment rather than identity choice. Research should be a priority. In order to accurately research the matter of transgender rights, it would make sense to pool research from the party affected most: transgender people. Yet, the removal of resources on the Education Department website suggests there is little concern with transgender rights; and such conduct by the department shows little interest in providing protection to a group in great need.

Slaps on the Wrist

Even with the removal of resources, the few transgender students that have managed to make their cases known to the Department of Education have steadily had their cases dismissed. During an investigation conducted by Politico, five of the six complaints regarding trans students’ bathroom rights were dismissed; that’s over 80 percent. Furthermore, the language of one dismissal letter, given to Texas high school student Alex Howe by the Title IX compliance officer for his school’s district, is not only insensitive but also incorrect. The school district’s “investigation” concluded Howe was “provided with equal access to all school facilities as there was a plan in place for (him) to use a particular restroom which was gender neutral,” according to compliance officer Valerie Little.

Separate But Not Equal

While the Department of Education continues to attest to a lack of clarity in Title IX as being grounds for exclusion, federal appeals courts in the 6th and 7th circuit have already ruled that Title IX does indeed allow transgender students the right to choose the restroom matching their gender identity. As highlighted in the 7th circuit court case Whitaker v. Kenosha Unified School District, a three-judge panel came to the conclusion that “policy that requires an individual to use a bathroom that does not conform with his or her gender identity punishes that individual for his or her gender non‐conformance, which in turn violates Title IX.”

The fact that the Education Department under DeVos ignores this ruling is bad enough, but to then dismiss all possibility of further ruling, after such a ruling, is wrong.  Refusal to accept the court mandate is to act in favor of prejudice. The agency presents itself as the protector of children, but under the Trump administration, it has not only under performed but intentionally regressed. To refuse a child’s right to feel comfortable when they are extremely vulnerable is cruel and unconscionable. These kids are human beings and our human physiology requires defecation and elimination. Such actions by both federal and local school authorities is inexcusable and indefensible, regardless of the “definition” of “biological sex”. 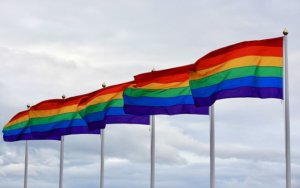