The Late Show had this great parody farewell to Donald Trump. Please enjoy. Calamity Politics does not own the shared video.

“Cult of Personality” by Living Colour

Living Colour perform, “Cult of Personality”.  It became their biggest hit. It was released July, 1988.

Poor Dave (Shadrick). Dave has unfortunately been down with a bad case of the flu. I mean its the real thing. I have been staying as far away as possible. Not that I don’t want to be helpful, but I am like a bug magnet. If someone gets it, I’m all in. Because he was feeling all feverish I told him he had permission to pick a couple titles for the Calamity Politics jukebox. So, here is the music from Dave’s fevered mind. Thanks, Dave. Donald Trump is often said to be a cult personality. I wonder, if that was what Dave was thinking. You be the judge. The lyrics are below.-Enjoy, D. S. Mitchell

Calamity Politics does not own the video. Thank you Living Colour and YouTube. As you can plainly see the lyrics were provided by LyricFind. Thanks so much for your hard work and letting us @calamitypolitics share your terrific stuff- 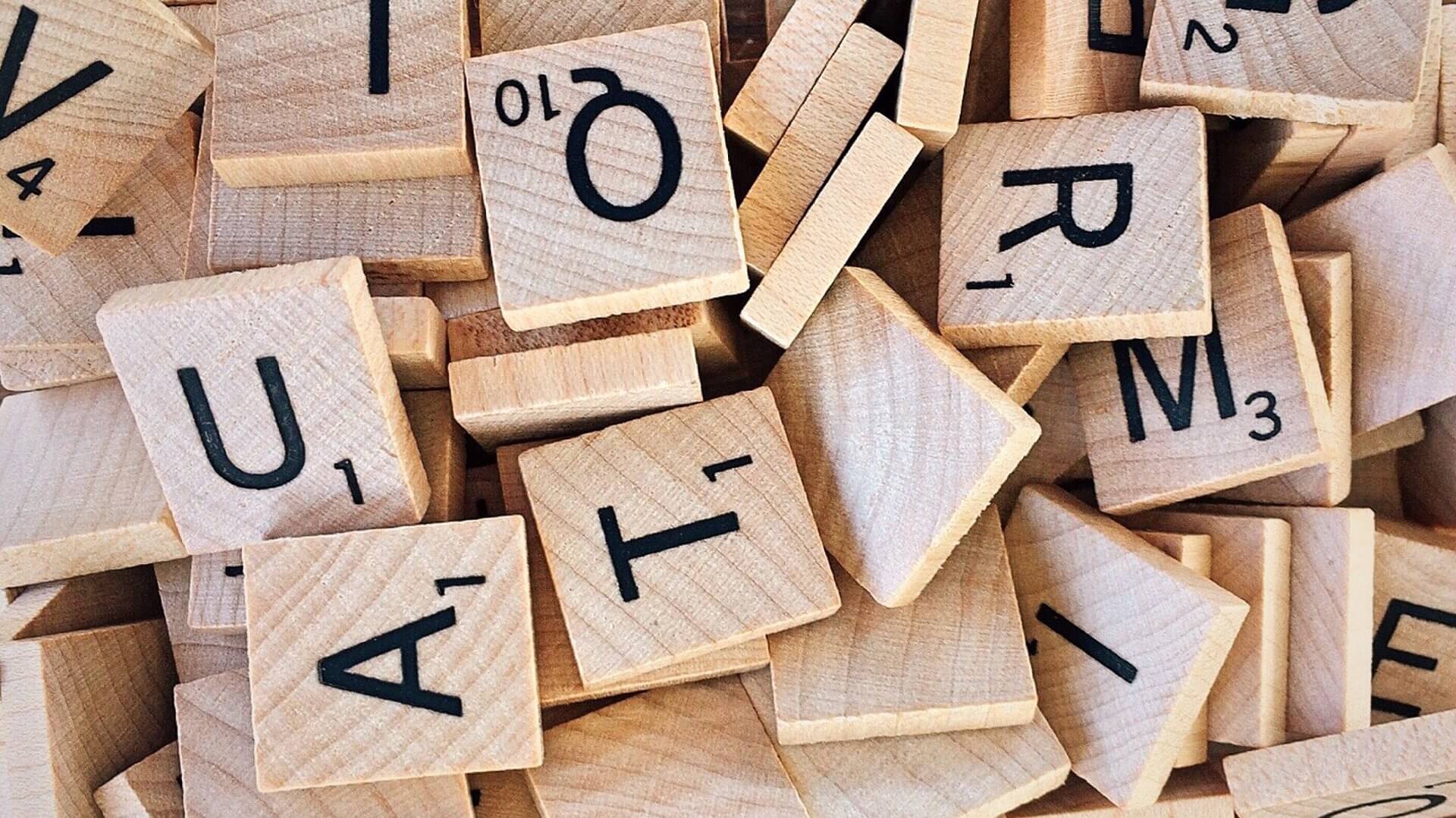 Word chains can be a lot of fun. I pull out the scrabble game and play with the letters moving them about to create new words. 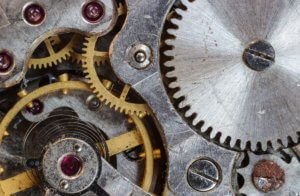 For at least a couple of hours every Saturday and Sunday I try to come up with fun distractions; for myself and my readers. So, it’s playtime again here at Calamity Politics. I love word chains. So today I have decided to play with some words, with a little politics thrown in for fun. Hope that doesn’t bother you. Of course, I know you love politics, or you wouldn’t be reading Calamity News and Politics.

A word chain consists of a group of words arranged so that each word differs by only one letter from the words directly before and after it. So here we go. I have to admit that I cheated today and I am using  Rod L. Evans, Ph.D. ‘Tyrannosaurus Lex’ for today’s’ game. Thanks, Mr. Evans. Please check out his several books on Amazon.

Stephen Colbert is a national treasure. Here is a great clip from his Friday 9/27/2019 show . Enjoy-D.S. Mitchell
Calamity Politics does not own the content of the posted clip. Thank you Late Show w/Stephen Colbert and YouTube for the laugh.

How Boris Tried To Hijack Parliament

The new UK Prime Minister, Boris Johnson is shaking up Parliament & reducing his constituency from one, to minus forty-three in one day. The heavy handed Johnson has enraged his constituents and his enemies.

How Boris Tried To Hijack Parliament

Prime Minister Boris Johnson. A name resonating as strangely in British ears as President Rupert Murdoch would to Americans. While his may seem a particularly lofty and unexpected feat, it did not come out of nowhere. To really get a handle on what happened and how the former London mayor got where he is now, it is important to keep in mind his earlier career as a journalist.

Lord Acton once said that absolute power corrupts absolutely. An adage from which came the idea that the people who are best suited to govern are those who do not want to. Something that assisted Johnson no end as he slowly built up a name in the political arena long before entering it. Particularly as the Brussels Correspondent for the Spectator Newspaper where he wrote about the goings-on at the European Union. A platform which he used to gain influence in the growing Euro-skeptic community.

Apparently, trying to counteract the Acton effect. Everything Boris Johnson has done since his early 30’s has indirectly assisted, or was intended to serve his ambition to be Prime Minister. From his journalism career and two term stint as Mayor of London, both used to bolster his profile and popularity. In 2016 he dropped his American citizenship. He was born in New York. He has spent a unrewarded amount of time in efforts to keep his middle name, the vaguely French-sounding de Pfeffel, from becoming public knowledge.

A Small But Vocal Minority

The Euro-skeptics are a quadrant of the European Right Wing that would blow up in later years leading to the small but influential UK Independence Party which engineered the Brexit vote. France’s far-right Front Nationanale (National Front) which came in second in the last French national election are a segment of such philosophy. Johnson got in on the ground floor of the movement in the mid-1990’s and worked it so that by the time he first ran for parliament in 2001 he was already a well-known and popular figure in conservative circles.

Elie Wiesel, teacher, writer, philosopher and Auschwitz death camp survivor, said in a speech before the US Congress in 1999, “indifference can be tempting-more than that, seductive.  It is much easier to look away from victims.  It is after all, awkward and troublesome to be involved in another person’s pain and despair.”

Furthermore, “to be indifferent to that suffering makes the human being, inhuman.  Indifference is always the friend of the enemy, for it benefits the aggressor-never the victim, whose pain is magnified when he or she feels forgotten.  The political prisoner, the starving children, the homeless refugees-not to respond to their plight, not to relieve their solitude by offering them a spark of hope is to exile them from human memory.  And in denying their humanity, we betray our own.  Indifference, then, is not only a sin, it is a punishment.  Where I came from, society was composed of three simple categories: the killers, the victims, and the bystanders.”

The Guilt Of Doing Nothing

Today’s “bystanders,” want to look away from the victims, to look anywhere but in the direction of the suffering.

“I’m a good person,” President Trump has said.  A man with a heart, he tells us.  Mr. Trump seems to delight in the misery he is creating at our southern border.  The plight of these children is horrific.  They have been separated from their parents. They have lived in filthy cages. Without access to clean clothes, showers, decent meals, toothpaste, or phone calls to family. It has taken a court order to give showers.

We have all seen television clips of dirty, crying children, behind wire fencing.  I have seen their pain.  I have heard their cries. The emotional trauma that is being perpetrated against these innocent children is appalling. These kids will surely bear the scars of this incarceration the rest of their lives.

One Of The Killers

President Trump, why are you promoting this evil? It is your administration that has brought so much pain to so many.  You must have understood the repercussions of your actions. History will not see you as a bystander. No sir, you will be one of the killers. As of today, seven migrant children and twenty-six adults have died while in border patrol custody.  Unimaginable, yet here we are in Trump’s real world.

Donald Trump has been running for his second term since his election. Trump fires up rally crowds with racial and religious hatred.

I think Mr. Trump is a racist. The rants we hear are directed against the brown people, not the white. There are millions of Canadians and Irish who are living in the United States “illegally”. There has been no ICE raids against those white “criminals”. Nor has there been demonizing rhetoric against the white skinned, undocumented aliens.

Our government claims we are the wealthiest country on earth. I know we are the most generous people on earth. Our basic instinct is to help, not turn away.  The American people want to help the world absorb the displaced refugees of these troubled countries. History is taking notes and the consensus will be scathing. Support legal immigration. Support humanitarian asylum.  Don’t turn away. Make the Trump administration accountable.

www.calamitypolitics.com wants to give a very big thank you to Chelsea Handler for this knee slapping video courtesy of her YouTube channel. Chelsea Handler is at her best in this year old video on the science of diagnosing Donald Trump. No harm was done to monkeys in this video.

Stephen Colbert takes 10 minutes in his regular Late Show monologue to beat up on Donald Trump. Colbert isn’t at his best in this www.calamitypolitics.com share of a recent YouTube video, but it has a couple good moments and is worth watching. Enjoy. D. S. Mitchell

I’m not okay with Trump behavior. If you reject “otherism” if you reject bigotry we must end Trumpism. He needs to be sent back to New York for prosecution.

If you don’t watch the “Young Turks”, I’m telling you that you should. Here’s a recent episode. The episode I am sharing centers on how the rich and powerful escape accountability in the American justice system. The discussion centers around powerful men such as Bill Clinton, Donald Trump and Jeffrey Epstein and their questionable relationship-D.S. Mitchell