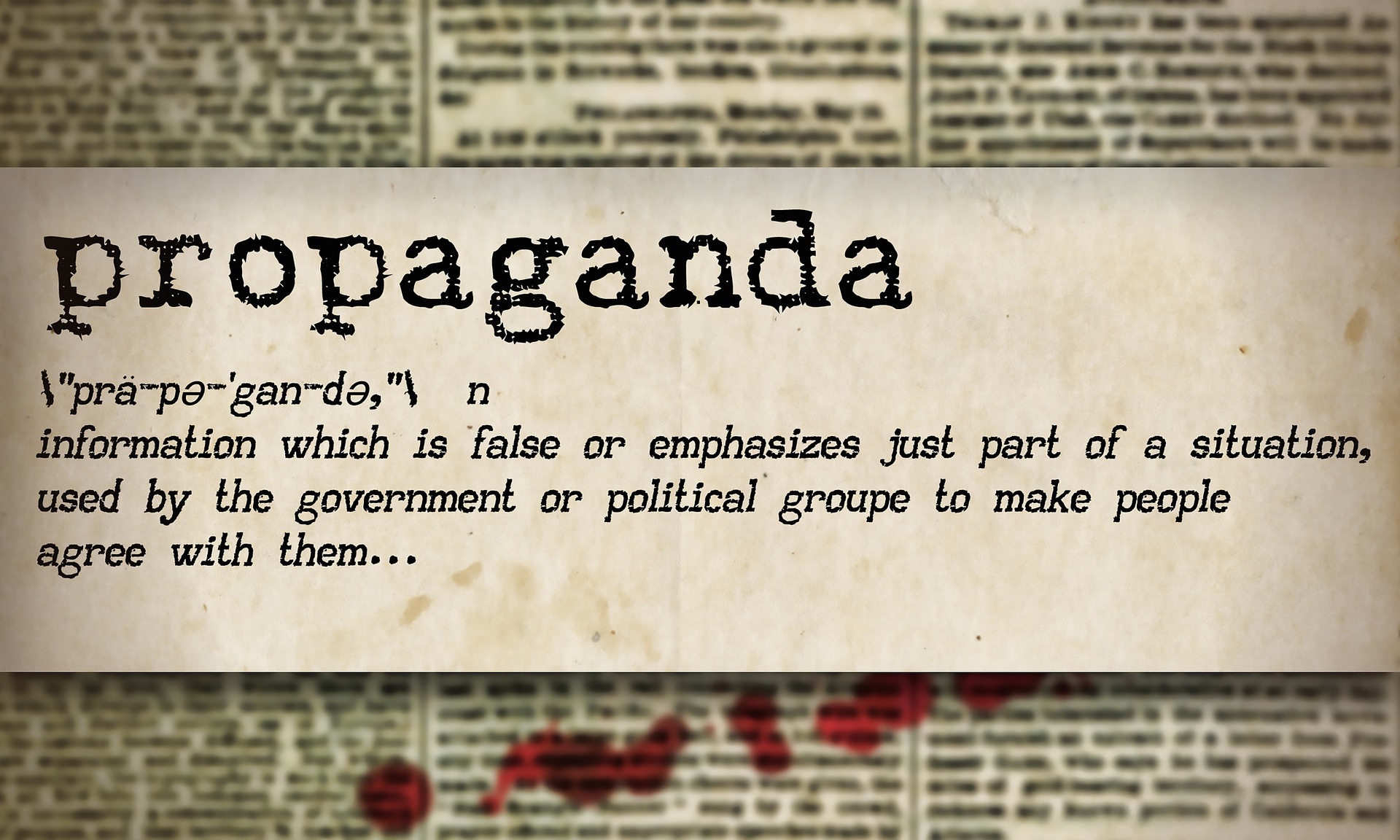 As bad as they seem?

Meanings can be tricky. Some words taking on cultural coloring, in no way reflecting the actual meaning. One of the main examples is the notion of stereotypes. Generally, a neutral term for observable trends it has come to be used interchangeably with prejudice or racism, only one of which is actually bad. It might seem strange because of how it is now used, but prejudice isn’t inherently negative. All it really means, going to the Latin root, is to pre-judge. Pre-judging something negatively is what people now mean when they used the term. Completely ignoring the fact that it is just as possible to pre-judge someone or something positively.

And Now To Politics

The way this all relates to politics, aside from the fact that language is generally how people understand the world, and very much informs our world-view, is that there is a word in the political arena that has been both misused and misunderstood almost from its inception. Propaganda, like post-modernism, is probably not what you think. Used by the political set, in one way or another, going back to Ancient Greece, propaganda is the use of information mediums to advance a particular political agenda or world-view. This can be done in a particularly bias or intentionally misinforming way, as seen in China and  Russia, but such is not an inherent element. A bug rather than a feature, one might say.

It is just such misuses and lies, particularly perpetrated by the Russians in the form of agitprop, that has led to the sullied reputation propaganda now has. In reality, everything from pamphlets for political candidates, to campaign ads, as well as certain types of billboards, books and even songs, plays and movies, count as propaganda.

The main thing that determines whether something is propaganda comes down to the intention of the creator. Whether said propaganda is considered good or bad, is almost entirely left to one’s own distinction. A notorious case of conflict in meaning came with the film V For Vendetta. Based in the graphic novel of the same name by British author Alan Moore, the film set off a minor fire-storm both the left and the right saying it was hate-filled propaganda against their own side. Which is ironic, because the ethos of the original book, somewhat lost in the film, is apolitical. The work is still propaganda but of a much different sort. Rather than advancing a particular political ideal, it largely transcends politics, instead going into the realms of moral philosophy. The basic message of both the book and the film is one of autonomy.

Bringing It Down To Earth

Seeing governments as little more as methods to organize. It is individuals who are truly important. A sentiment most clearly shown in the line: “people shouldn’t be afraid of their government. Governments should be afraid of their people.” The government in both the book and the film is presented as fascist, but the general idea is that any government, of any description that gets above its station needs to be brought back down to earth.

In The Mirror Darkly

A case in which intention was presumed, came with the hit series Black Mirror. Premiering on British television in 2011 many, critics and viewers alike, presumed creator Charlie Brooker, known for his style of ‘satirical pessimism’ was an ardent Luddite. Assuming the show’s damning take on information technology to be a Boomer raging against the technology they don’t understand. Never mind that Brooker was 40 during the first season. There was an idea behind the darkness to be sure but one far from what was assumed. Brooker has gone on record saying he has no problem with technology.

The horror elements in Black Mirror derive entirely from human causes. Basically people using what could be elevating technology to ruin their lives. The title is indicative of this. Brooker noticed that if you turn of a smartphone or tablet the screen becomes reflective, creating a black mirror. A darkened reflection of one’s true self. So, while there are certainly ideas and world-views at play in Black Mirror, they are so subtly present that most people missed it. Making it at most failed propaganda, rather than the anti-technology screed most assumed. Putting a different spin on the show and the incorrect use of the idea of propaganda itself. 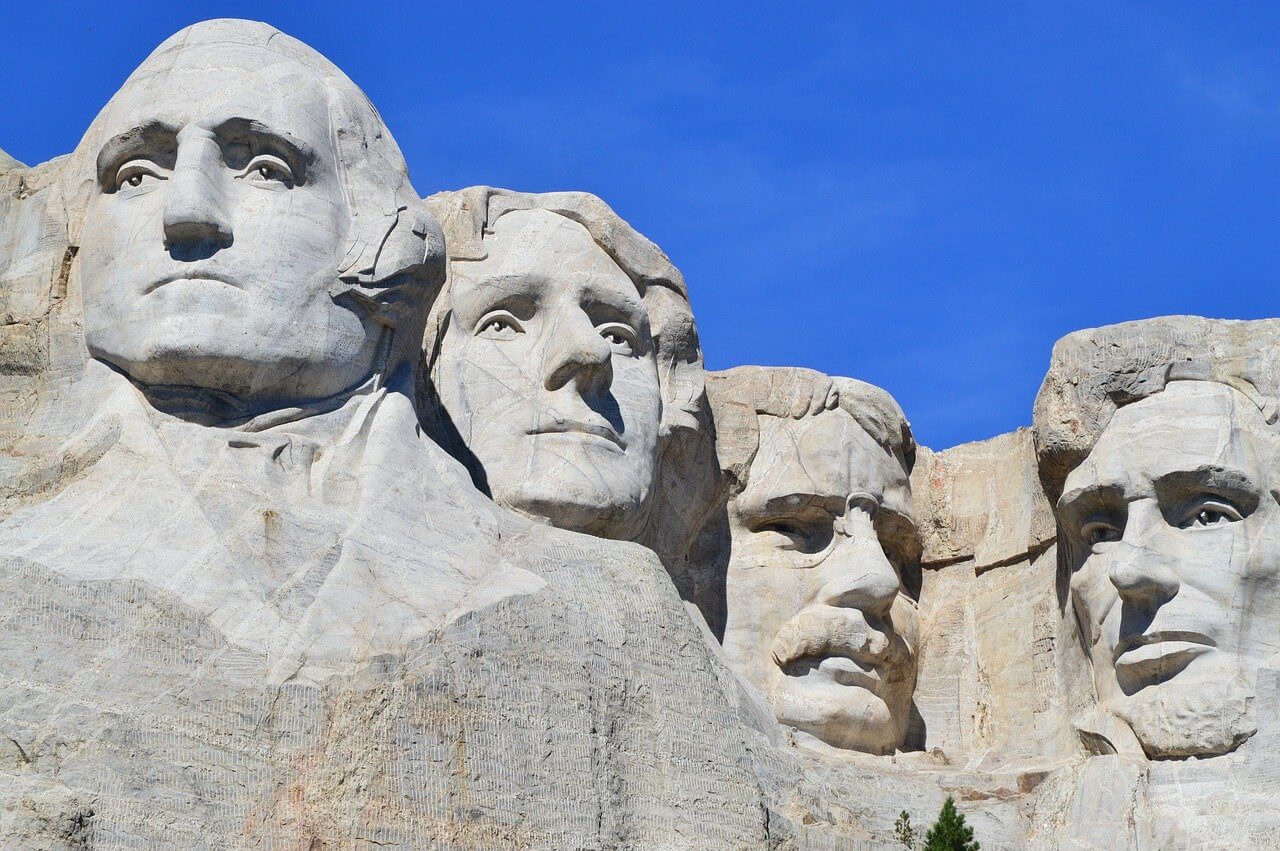 The Blink Of An Eye

Appeals to history are a common theme, particularly is modern American politics. Which is quite odd, because post-Columbian America actually has so little history. 1776 might sound like a long time ago, but there are nations in the world, where 240 years is a mere hiccup in time. China has a written history that goes back over 3,000 years. The Scots and the Germans were having border conflicts 2,000 years ago with the Roman Empire.

Trump’s pronoucements that America is having the greatest whatever “in the history of the world” is dubious at best, and laughable at worst. France literally has toilets that are older than post-contact America. References to America’s long and glorious past, only one of these arguably being the case, is a sterling example of historical revisionism in the service of nationalist propaganda.

America’s founding was all about liberty. A term that can, and has changed radically with time and context. From a historical perspective liberty referred specifically and exclusively to the nationalist movements of the time. The term “nationalist” itself referring to someone who supported a geographical region becoming an independent nation. Exemplified today by the Scottish National Party and Bloc Québécois. George Washington, went from rebel to president. *He was the last American leader to represent such “nationalism.” It was this context in which Patrick Henry uttered the immortal “give me liberty or give me death.” Later echoed by Mel Gibson paraphrasing 13th century Scottish separatist Sir William Wallace in Braveheart. Showing just how far back such sentiments really go.