It’s Sunday and Dave Shadrick is back for another video cast. This week I think the rant is about blue-eyed blonde haired children. Anyway, whatever the discussion, Dave has plenty to say. Enjoy. 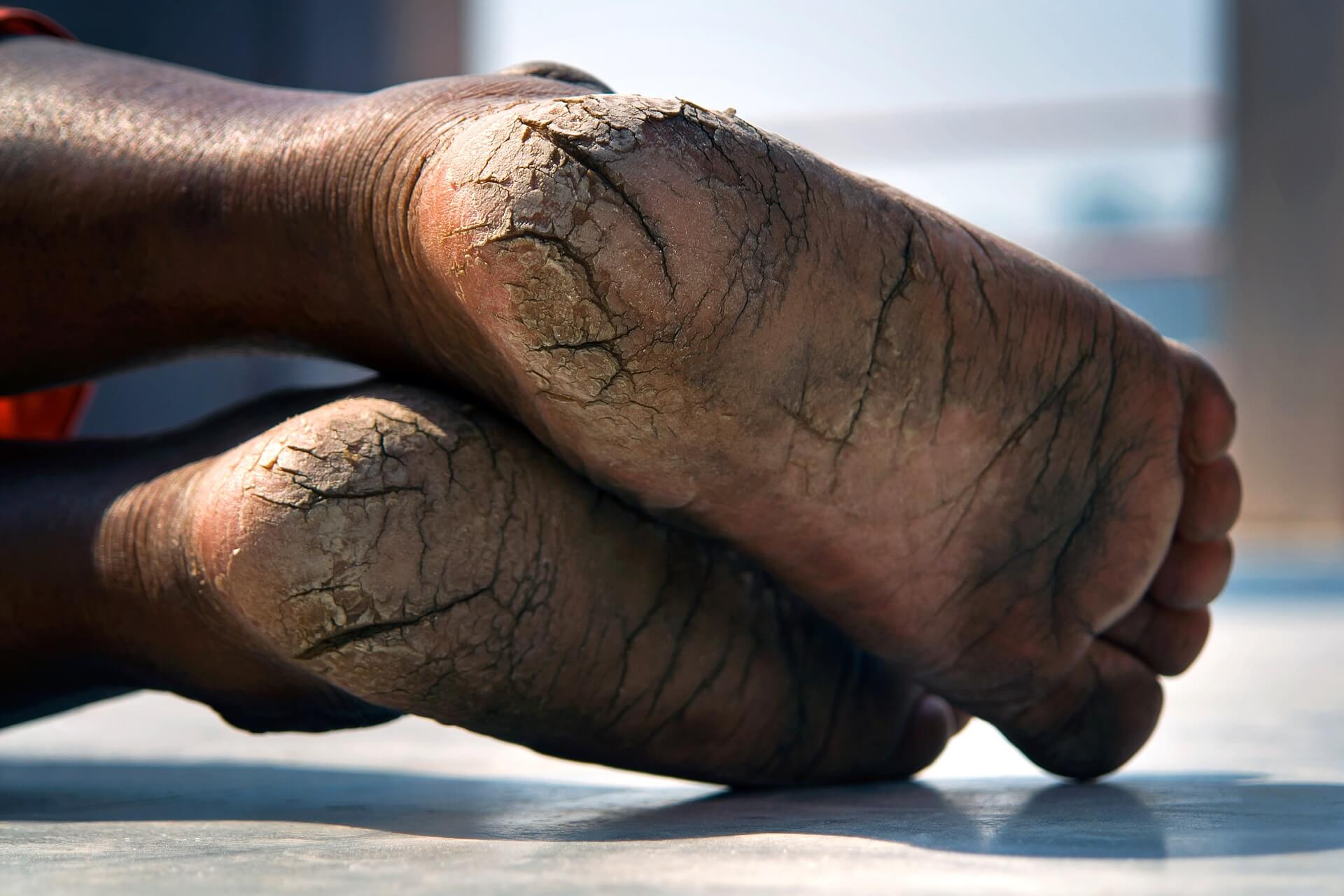 The ‘Muslim ban’, ‘the wall’, ‘make America great again,” have receptive listeners. Such rhetoric is part of Donald Trump, and Stephen Miller’s war against people of color.  If it was just about terrorists we would look north and south. The Canadian border however is no concern because to Trump because it separates two predominately white countries.  If it were really about illegal immigration there are other issues besides our southern border. Why hasn’t the president called for a countrywide sweep to pick up of all the Irish visitors who have  over stayed their visas?  Statistics show that most of the illegal immigrants are here after over staying legally obtained visas. These visa abusers flew into the country, they didn’t walk across our southern desert.

“Imagine a child trying to describe how trauma physically feels and saying to you, “Every heartbeat hurts.” Our government is tearing children apart and using their pain for political purposes”. Oregon Senator Jeff Merkley (Twitter 9/5/2019).

If you are ignoring the plight of the immigrant children at our border, shame on you.  The manipulation of their immigration tragedy for Trump’s political base is both alarming and  disgusting. There are many days between now and the 2020 presidential election. These kids can’t wait. Call your Senator and demand that these children be released to family members in the United States, or other suitable foster care.

I called. So should you.

Elie Wiesel, teacher, writer, philosopher and Auschwitz death camp survivor, said in a speech before the US Congress in 1999, “indifference can be tempting-more than that, seductive.  It is much easier to look away from victims.  It is after all, awkward and troublesome to be involved in another person’s pain and despair.”

Furthermore, “to be indifferent to that suffering makes the human being, inhuman.  Indifference is always the friend of the enemy, for it benefits the aggressor-never the victim, whose pain is magnified when he or she feels forgotten.  The political prisoner, the starving children, the homeless refugees-not to respond to their plight, not to relieve their solitude by offering them a spark of hope is to exile them from human memory.  And in denying their humanity, we betray our own.  Indifference, then, is not only a sin, it is a punishment.  Where I came from, society was composed of three simple categories: the killers, the victims, and the bystanders.”

Looking Bigotry In The Eye

I’m watching “A.M. Joy”. The primary focus of the discussion this June 23rd, 2019 morning is the deplorable treatment of children in Trump’s concentration camps on our southern border. Where getting a bar of soap, a tube of toothpaste, a clean diaper, or a bath is not on the Border Patrol agenda, at least for the first month.

Cries In The Night

The cruelty and immorality of border separations and detainment should enrage us all. The images of children being ripped from their mother’s arms or the unanswered screams of, “papa” are alarming.  The trauma of these events will affect these people the rest of their lives. People are suffering. People are also dying. Six children have died over the last year while in Border Patrol custody. At least twenty-two adult immigrants have died in ICE custody over the last 24 months.

THE RISE OF THE NEW POPULISM

Of all human concepts, the future is among the most pervasive, as well as the most powerful. The basis for the concern around children as well as the justification for some horrendous acts. It is also one of the least certain and most fraught with problems.

“Consensus future” refers to the visions of the future most people agree on. Largely because they are the visions that we have been given through culture. This includes the notion of cloning, first presented in a major way in the 1993 film Jurassic Park. And self-driving cars, have  been a common futuristic theme in popular culture since at least the 1960’s. Just think Batman. The majority of technology trends are imagined and created on consensus future.

One of the biggest issues with future forecasting, particularly in terms of technology trends, is the fundamental unpredictability of both people and markets. Even a brief glance at the history of technology trends reveals an essential inability to show where trends are going to go, as well as a strong tendency towards normalization. One of the sharpest observers of this latter trend was the British science fiction author J.G. Ballard. Ballard created future worlds at the height of the future craze of the mid-20th century that were remarkable, mostly for the basic lack of surprise shown by the characters to the technology that surrounded them. Embryonic proof of the consensus future.

A DIFFERENT SHADE OF PARANOID

Definition: “Xenophobia means having a PHOBIC ATTITUDE towards strangers or the unknown. It comes from the  Greek words (xenos), meaning foreigner/stranger, and (phobos), meaning fear. This term is widely used to describe the fear of others, or dislike of foreigners, or people who are different to oneself.” 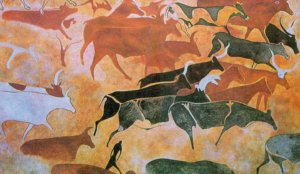 It used to be the “others” were anyone outside the cave.

Fear of the other is a primal reflex. From the early days of the species, mistrust of “outsiders” has been with us. Except at that time, ‘outside’ referred to the darkness outside the cave. Experts have indicated that the human species have since “evolved” from this early state of fear. But, like the tailbone, remnants of these origins remain to the modern-day.

Fear of the Bomb

In the 1940’s the fear of others was mobilized to fight Nazi Germany and Imperial Japan. In terms of WWII and the Cold War that followed, that innate distrust of outsiders got kicked up a couple notches. . The American propaganda machine ginned up anti-communist rhetoric and kept hatred and fear of others morbidly alive. We of course were being prepped for the expected war against communism. But, OMG, this still hale and hearty Soviet Union showed very quickly that they too could build “the bomb.” And topping that, they could also fire a ballistic missile that would level Washington, D.C. along with Chicago, Seattle, and Denver as starters.

While the specter of mutually assured destruction certainly made things worse, fear of a Communist take-over goes back to the Russian Revolution. In fact, much of the anti-communist sentiment had its roots in the anti-union movement of the 1920’s. When teamsters and autoworkers fought to unionize, the Bolshevik’s were blamed. Typical manipulating of fear of others. Fear-mongers spinning increased union activity into an insidious Communist plot. Tapping into fear of others, as well as fear of new ideas has been a tool of politicians right or left since time immemorial. Intensifying hatred, so easy, so convenient, so useful. The drum beat of fear of others, is likely to go unchanged because it seems to work so well.

After the United States and the Soviets started their arms race, the threats were kicked up.  At least in the United States. It is actually difficult to know what the Soviets were saying about America, there being few reliable sources of Russian translation from the time. Though we can assume it was likely not complimentary. We do have film of Russian Premier Nikita Khrushchev, at the UN, threatening the destruction of the United States. He slammed his shoe on the table and proclaimed he would bury America. So, it sounds like there were lots of theatrics for the Russian television audience as well as the American.

Humans are complex creatures. What we say, and what we want, do not always dovetail with our actions. I think that we, for the most part want to do good and are essentially empathetic. Which is why I was so crushed to see what has gone on in recent days and weeks at our southern border. Quite aside from the President of the United States apparently thinking that dignity can be bought, something he is not even honest enough to admit, which is bad enough in itself, what is going on at the border, just for a moment, made me question my faith in humanity.

Not in Our Back Yard

We are all familiar with the images by now. Makeshift tents row upon row, people just trying to get through the day, children playing in spite of it all. Pretty typical in terms of refugee camps. Long panning camera shots and concerned looking correspondents being fixtures of cable television. Still, whoever would have thought that such camps would be constructed at the border of the United States? It is a mental disconnect I don’t think most of us are able to cope with, refugee camps being something that happens “over there.”

Exactly where “over there” is I am not sure, but certainly not here. It is a similar case with terrorism. Up until 2001, regularly occurring, high-casualty terrorist attacks while sad, were things that happened to other people who weren’t like us, in other countries very different from ours. Which explains our surprise when a team of foreign actors, operating completely under the radar managed to murder 3,000 Americans on American soil with very non-conventional weapons. Which is probably why there were people at the time who said it was the only time America had been directly attacked. Apparently forgetting about Pearl Harbor. We simply didn’t see it coming. Sort of like how the indigenous Natives of the Americas literally could not visualize the future result of those first landings by European galleons. It was a sight so far outside their experience that their brains simply could not process it.

War Against People Of Color

The ‘Muslim ban’, ‘the wall’, ‘make America great again,” have receptive listeners. Such rhetoric is part of Donald Trump, Steve Bannon and Stephen Miller’s war against people of color.  If it was just about terrorists we would look north. The Canadian border however is no concern because to Trump because it separates two predominately white countries.  If it were really about illegal immigration there are other issues besides our southern border. Why hasn’t the president called for a sweep to pick up of all the Irish visitors who have  over stayed their visas?  Statistics show that most of the illegal immigrants are here after over staying legally obtained visas. These visa abusers flew into the country, they didn’t walk across our southern desert.