OP-ED: The Dangers of the “Shadow Docket” 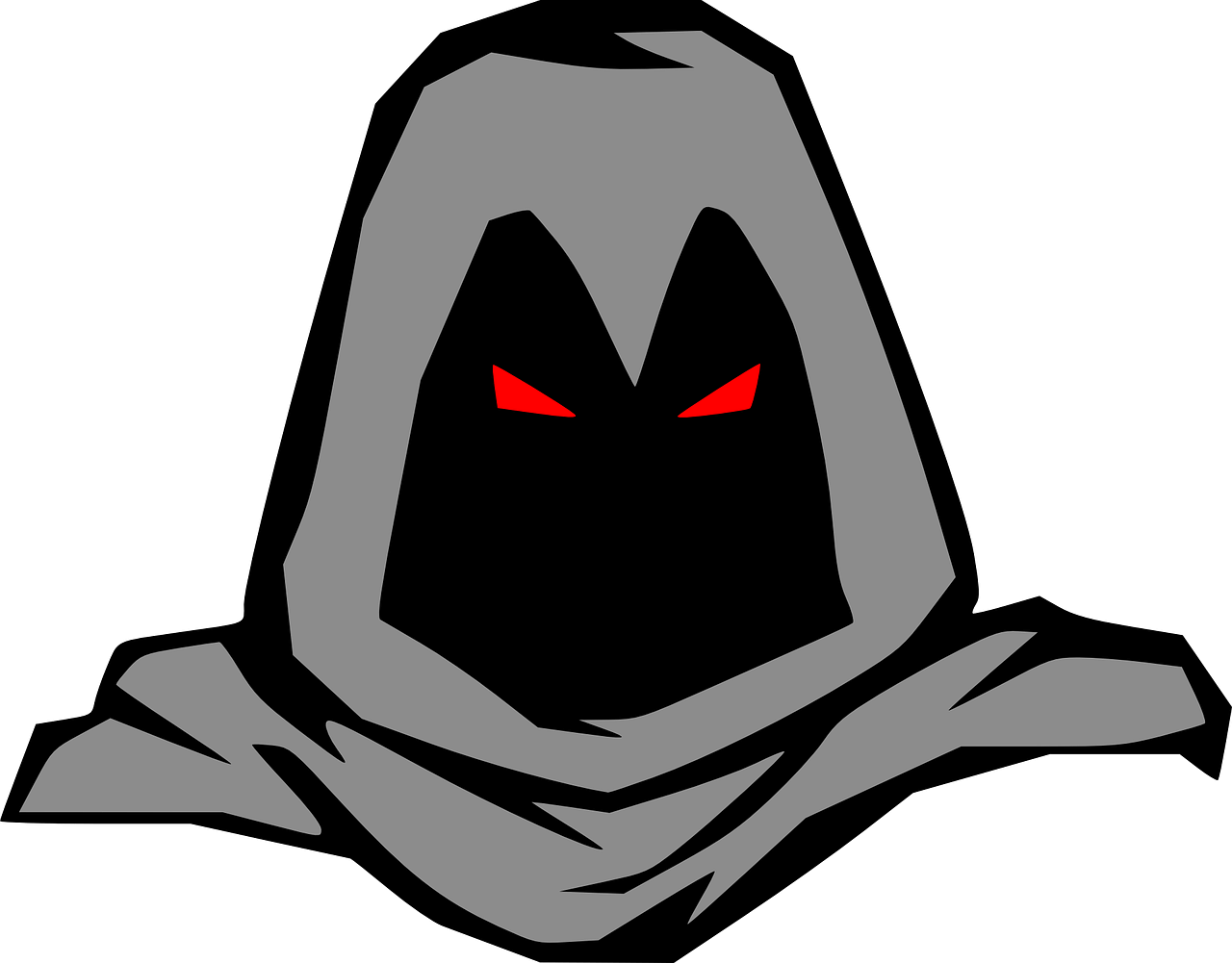 The Dangers of the “Shadow Docket”

There is a fundamental danger to our democracy when the Supreme Court is allowed to hide their actions through the misuse of the “Shadow Docket.”

The “shadow docket” references cases taken up on an ’emergency basis’, outside the scope of the Supreme Court’s normal procedural order. . . .

Observers have noted that the current court has disproportionately used the shadow docket to authorize its most right-wing and controversial decisions. Nearly all of the SCOTUS’s Covid-19 decisions have seeped and bubbled up from the shadow docket. Specifically, both of its rulings on the CDC eviction moratorium came through this dark and enigmatic process.

In August of 2021, SCOTUS handed Biden a shocking ruling. The court ordered Biden to re-instate Trump’s “Remain in Mexico” program. Where did this ability suddenly manifest itself? The court has no authority over treaties with foreign governments. None. The outrageous ruling came in a single one paragraph unsigned opinion. This opinion (like other Shadow Docket opinions), gave no insight into the judicial history supporting the court’s decision to upend the constitutional separation of powers.  The court is now looking at the Texas abortion law. I’d call it a bit late. The heartbeat law went into effect on 9/1/2021. It is the first time a state has successfully imposed a six-week abortion ban since Roe v. Wade was decided.  The only reason is that the court has been packed with anti-abortionists. SCOTUS refused to take up the case, initially attempting to hide behind the shadow docket.

As a refresher, SCROTUS said, (by initially refusing to hear the case) it was okay if Texas set up a system where vigilantes are allowed, and in fact, encouraged to pursue a woman in court for damages of up to $10,000; and anyone who assists her in obtaining an abortion.  Imagine this, it can be the cabbie that took the woman to the medical appointment, a friend who provided educational materials on termination, or the doctor who provides the abortion. Each of them under Texas law can be hauled into court and sued by someone with no standing in the case, in effect, on behalf of the state.

In the innocence of our collective minds, we fantasize the nine justices in their solemn black robes hearing robust debate in open court in front of fascinated and anticipatory spectators. Their esteemed heads taking in the well-considered arguments between opposing attorneys and ideologies, giving deliberate consideration to the legal issues of each individual case. Only after prolonged and august discussion does the court publish their venerable decisions in long verbose opinions. But, that is a faulty image of what is actually happening, folks. This heavily conservative court has slipped into a dangerous shadow zone, a place where justices lack the courage to sign their names to their own rulings, while expecting complete deference and compliance to those rulings. Somehow the two do not mesh in a democratic society.

Here’s How It Works

Here’s how it works in the SCROTUS of 2021. Lawyers are allowed to submit expedited briefs to make their “emergency” arguments, but they are not allowed to argue in person, in full view of the press and the public. These decisions don’t come after months of deliberation amongst the justices, but quickly and through whatever informal conversations the justices may have between themselves. Usually they don’t bother to explain to litigants the law or logic behind their decrees, instead issuing an order often amounting to a mere few sentences.

My Thoughts On The Matter

I believe, it is clearly evident that SCOTUS is operating in bad faith. This group of hacks is so lazy in their decisions that they won’t even take time to create legal reasons for their partisan hackery. Under the guise of “emergency” rulings this flawed and broken court is making policy. Courts do not make policy. That is not their role. Unsurprisingly the policy this court concocts melds nicely with the extremist Republican party’s political agenda. Using the “shadow docket” the court is attempting to camouflage it’s heinous actions.

Recently several of the sitting justices, hearing angry rumblings across the country have taken to the airwaves. Their recent appearances across media platforms make it clear that the justices have noted that the public view of the supreme court is at its lowest level in decades. When you have justices making speeches at colleges and going on TV claiming they “are not partisan hacks” you can damn well be assured they know the public is on to them.

The power now wielded by unelected conservative justices is unnerving to me, and should be worrisome to anyone, no matter their place on the political spectrum. Just to point out, any Executive Order signed by this president (or any other president), any law passed by Congress, can be undone in the dark of night, without reason or explanation. Since this administration lacks the spine to proceed with court reform we can expect the six conservative judges to hold veto power over the Democrats entire political agenda.  Not just this year, or next, but for decades to come. It is time in the opinion of this writer to expand the court. The number of justices has been changed five or six times. Such action is not new, but it sure as hell looks like it is necessary.

To Believe, Or Not To Believe

In 2015, after years of debate on the separation of Church and State issue, a Republican controlled State Legislature passed a bill authorizing the placement of a Ten Commandments Monument on the Arkansas Capitol grounds.  A group of fundamentalists raised $26,000 to fund the creation of the Ten Commandments monument. That monument was erected last week on the Capitol grounds at Little Rock, Arkansas.

Within 24 hours of its erection, the Ten Commandments came tumbling down, after being rammed by a Dodge Dart, driven by Michael Tate Reed.  Reed, posted a video of himself running into and destroying the newly placed monument. Reed reportedly yelled, “Oh my goodness—-freedom,”  as he rammed the 6,000 pound granite slab.  Reed 32, was arrested and secured at Pulaski County Jail charged with, criminal trespass, defacing object of public interest, and First degree criminal mischief.  Reed has subsequently been transferred to mental health authorities.

Reed in 2014 rammed another vehicle into a Ten Commandments monument at the Oklahoma State Capitol, in Oklahoma City, OK.  And, in fact, Reed is currently under court order to maintain mental health treatment and therapy.

The separation of Church and State debate is not expected to tamper down in the near future. The ongoing, and increasingly loud dissension seems to increase as partisanship policies polarize respective groups.

Nationwide school boards, city and county hearings, state legislators and citizens are debating the place of religion in American life. One of the most contentious arguments centers around the display of the Ten Commandments and other religious invocations on public buildings and grounds. The display of the Ten Commandments has led to numerous legal battles and poisonous debate.

Through a spokesman, the ACLU issued a statement,  “We are committed to seeing  unconstitutional monuments struck down, but safely through legal means.” A group called Freedom From Religion, has threatened numerous laws suits across the country and have successfully had religious monuments removed from government properties in Mississippi and New Mexico.

My opinion is simple. You as an individual, or a business owner can decide to put religious decors, monuments, plaques on your property.

I as an individual do not want such religious monuments on my property, nor do I want any such affirmations on public property, EVER.

It’s a big week end here in my little corner of the world.  The annual HOA garage sale is going full force. People come from all over the county for this huge event.  The community picnic will be Sunday, another big event. The 4th of July, because it is on a Tuesday this year, is making it a really long week end, and thousands of tourists are flooding our beach side  community.  Traffic on our narrow little roads gets risky for walkers and bikers.