The last week has been hard on Joe Biden’s reputation as a competent and empathetic leader. Joe is trying to end a 20 year war that less than 25% of the American people support. However, the media; right, left, and in-be-tween have piled on the president. A man who had nothing to do with the start or in fact the end of the damn affair.  So, Dave is here to try and bring calm to the disturbed waters of American ego.

David Shadrick is at it again. So sit back and give Dave five minutes of your time as he talks about President Joe Biden and his governing style. We are currently enjoying the calm of a president that knows what he wants and how to work the arms of government to get it done.  No one close to Calamity News and Politics is missing Donald Trump’s screaming and foot stomping silliness. A man who’s Twitter finger was a dangerous weapon. A man who can’t think past his next Diet Coke has been replaced by a man with conscience and decorum.  Thank Zeus. DSM. 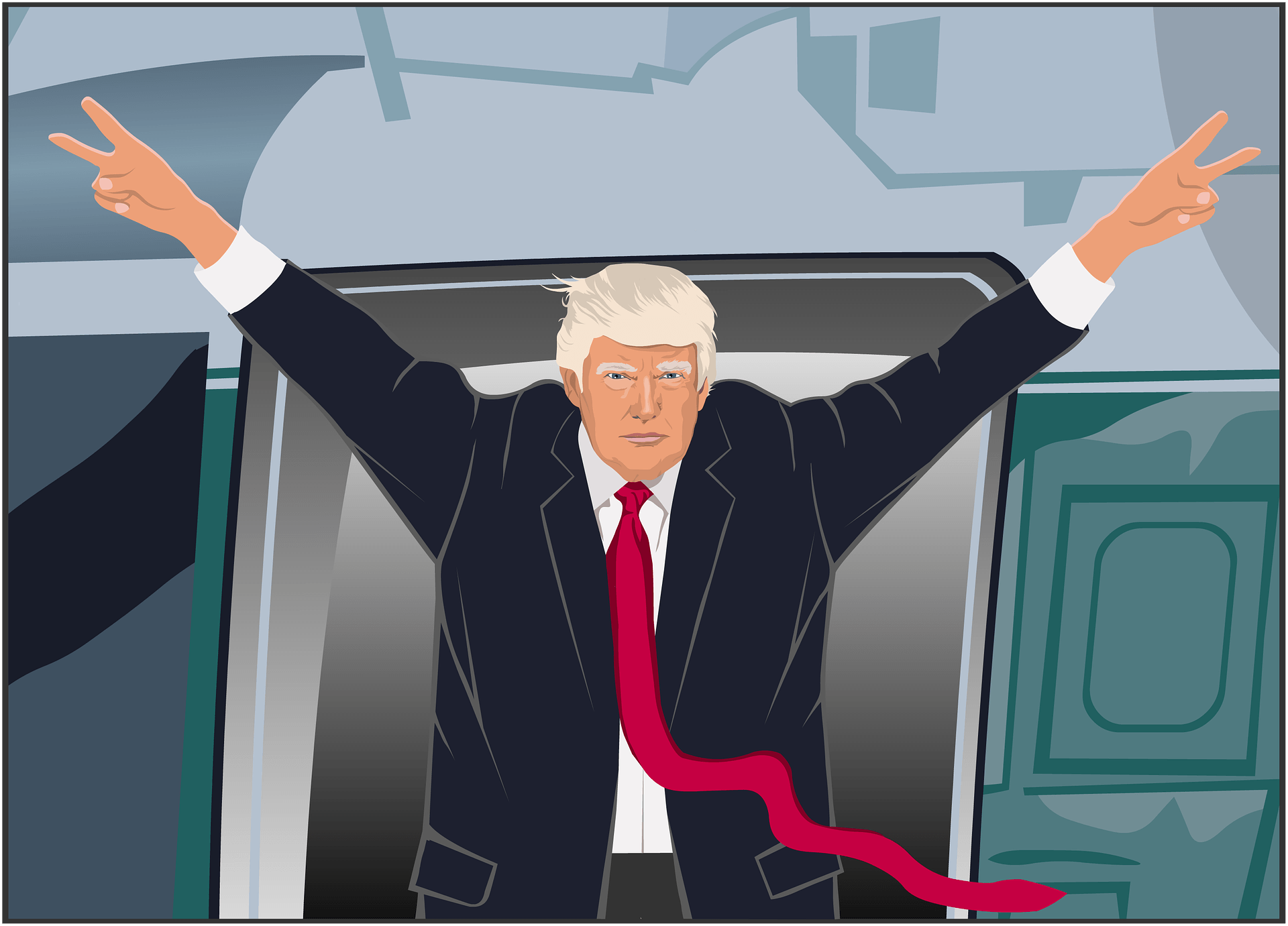 There is no accounting for human behavior. Particularly in times of trouble. Stress and panic are capable of leading to seemingly irrational behavior on the part of the American electorate. Such as the re-election of Richard Nixon in 1972 despite his actions in Asia. And then there’s the insanity of George W. Bush’s two elections. Why the comfortable re-election in 2004, after stealing the 2000 election from Al Gore? The 2004 victory still makes me shake my head in bewilderment. The stupid idiot (#43) started two wars that we are still fighting nearly two decades later. A shockingly high number of troops in both Iraq and Afghanistan were not even born when the Twin Towers fell. The unpredictable American electorate and their often obvious disconnect from reality is a forever unknown. Which is part of why the Biden-Harris landslide was far from a fore gone conclusion, despite the polls.

The 2020 US election made history in many different ways. Some of them better than others. For starters there was the highest voter turn-out ever. Both despite and because of the pandemic. Leading to one of the longest vote-counts, lasting nearly a week from kick-off to final whistle. Something closer to what would be expected somewhere like India which has a much larger population base. Kamala Harris has risen higher in American politics than any woman before her, minority or otherwise, now named Vice President-Elect. With Biden declared President-Elect he is the oldest incoming president and one of the few to come from a modest economic background, as well as the first to attend a public university. Even George W. Bush,  somehow managed to get into Yale and Ulysses S. Grant attended West Point. 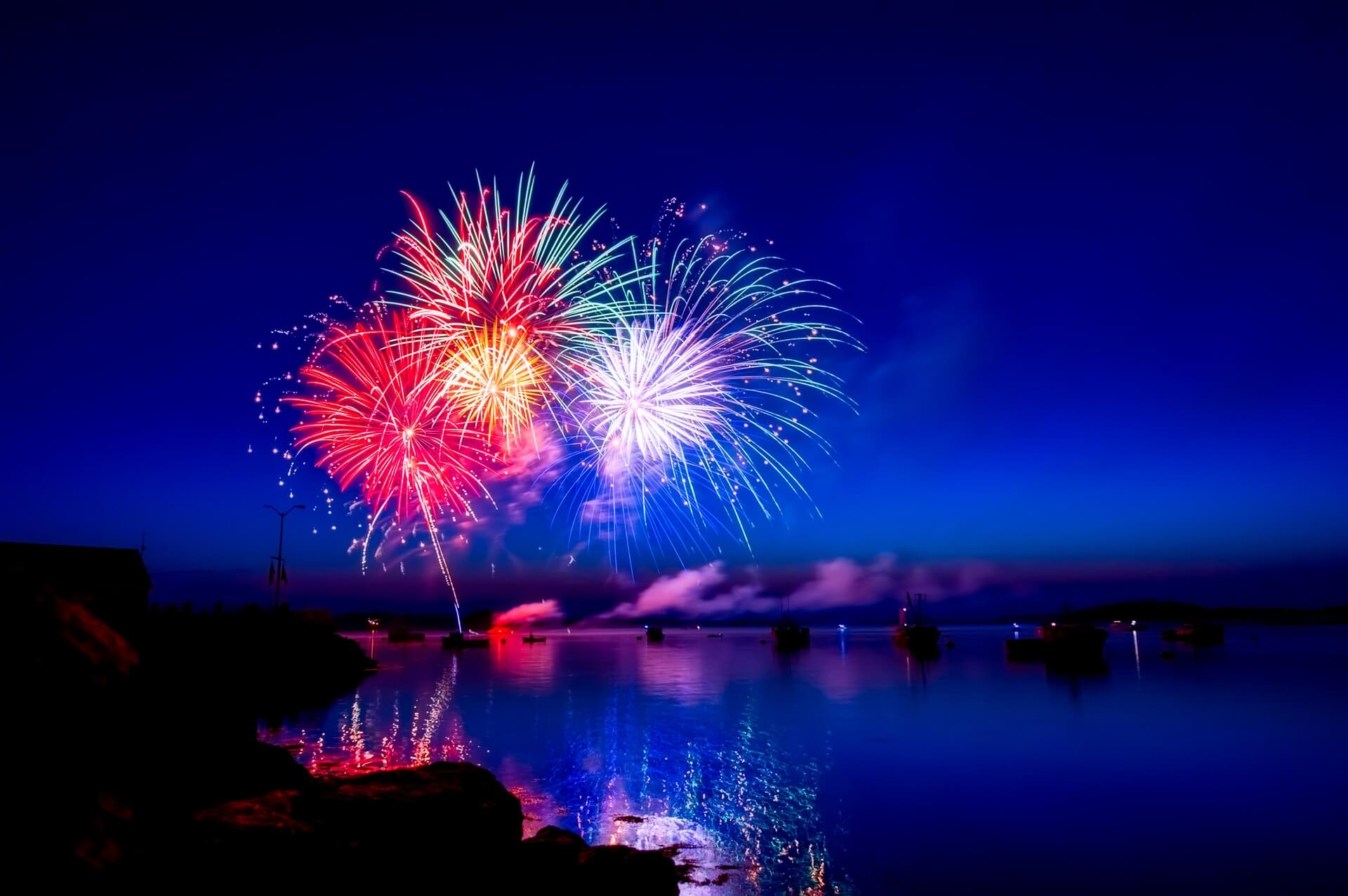 Cut Me to the Quick

Well, our nation needs a manicure after this nail-biter election but the plus-size diva has now sung.  History has been made with President-elect Joe Biden and Vice-President-elect Kamala Harris.  The two Dems have received a record number of votes, more than any other presidential and vice-presidential candidates in American history.  We will have our first female, African-American, and South Asian Vice President.

High Above the Chimney Tops

I am shouting “President Biden!” from the rooftops – OK, I am afraid of heights, but I am shouting it in my living room and from my car window.  While we dance by our lit Biden-Harris sign, car horns honk in the background, fireworks are being shot off, celebrating the end of a four-year living hell.  I would run up and down the street hugging total strangers, but thanks to Trump’s incompetence in handling COVID-19, I can’t.

When ‘the Donald’ first took office, a very wise friend commented that people always had feelings of racism, “but now we know who they are”.  Unfortunately, many of them we have known for a very long time, like my nephew, or the church deacon who applauded myself and my spouse when we finished RCIA (Rite of Catholic Initiation for Adults) and were formally accepted as members of our faith.  Our old friend, whose home we often visited and child we often babysat.  Being told by those blind to the truth to “open my eyes” and change my vote, something I would not do even if I could. 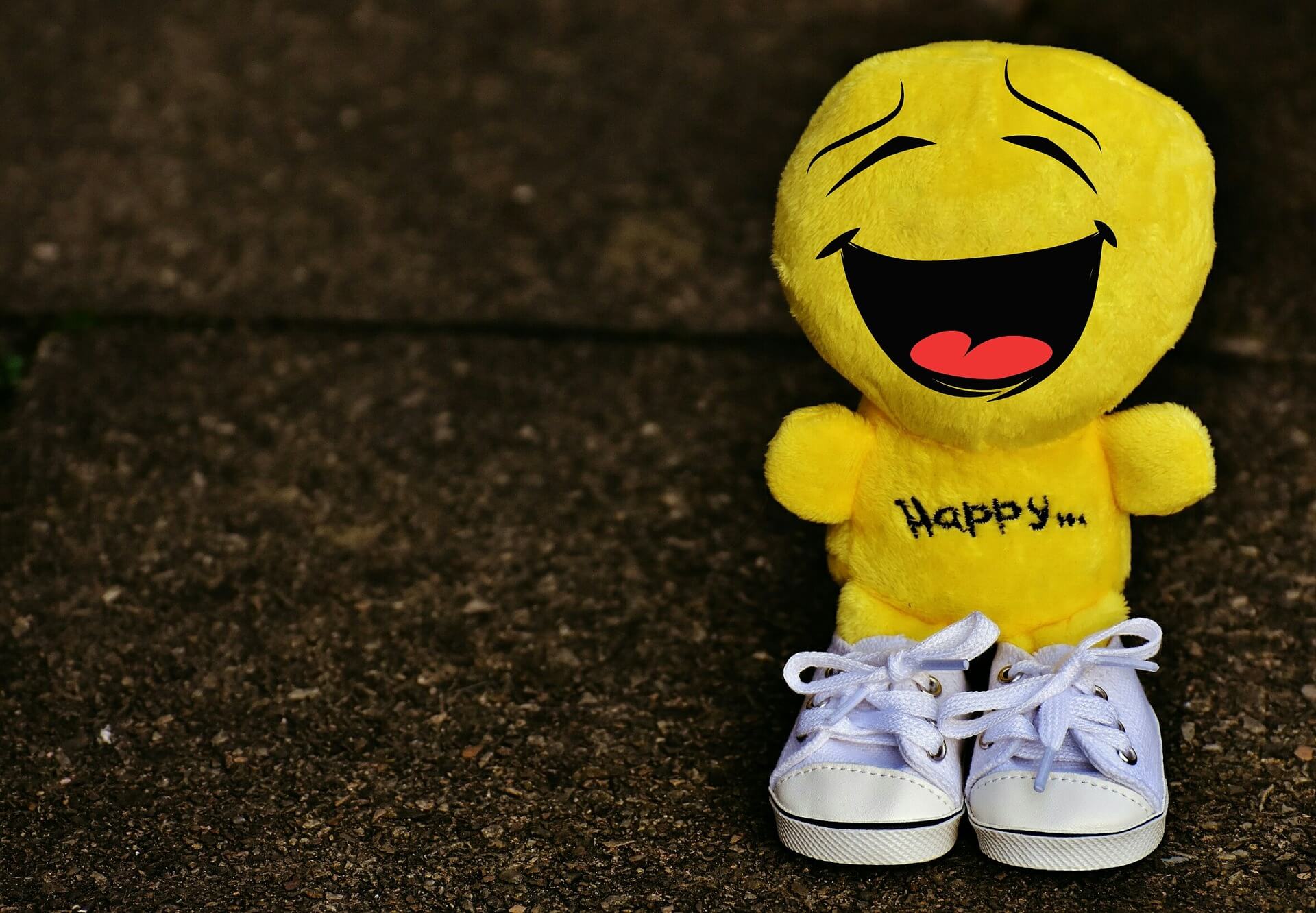 Joe Biden is the President-Elect. Thank Zeus, and the millions of Americans who turned out and gave Donald Trump the proverbial boot.  On January 20th, 2021 Joe will be inaugurated the 46th president of the United States. I want to take a minute and reflect on this historic moment. It is a time for tears of joy and the dancing in the streets. I pray this is going to be a new chapter, a better chapter, a unifying chapter. With Joe comes Jill Biden, PhD., a working woman. What a new and beautiful 21st century image of a First Lady.

Furthermore, Kamala Harris, a half-black, half-East Indian, first generation American, Oakland born woman, has just become Vice President-Elect. This is an amazing moment. This is a big deal, folks. As a woman I am thrilled. I was seriously beginning to wonder if I would ever see a woman elected to national office before I died. For me this is a day of  jubilation and celebration. This is also a moment for the next generation.

This is the most deeply moving and stirring political ad I think I have ever seen. Vote Biden-Harris. Vote a blue tsunami.  Jennifer Hudson is incredible. DSM 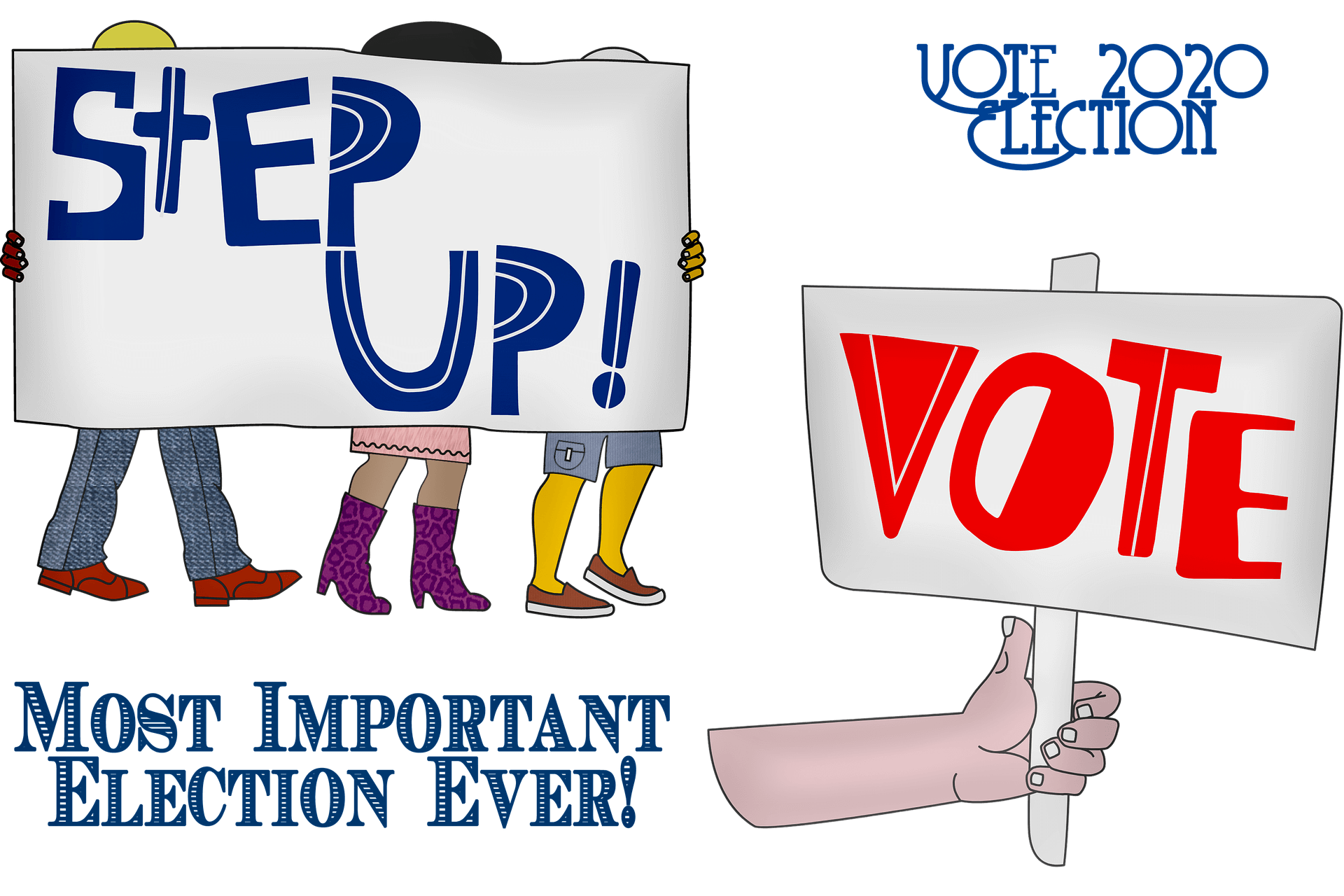 When I first heard that Donald Trump was running for the presidency, I knew of course it had to be a joke.  Who in the world would vote for a egotistical bigot with multiple bankruptcies to run our nation?  My friends and spouse all had a good laugh at the very idea of Trump as a presidential candidate.

I have been heavily involved in pageantry.  I knew from witnesses “The Donald” thought nothing of walking in a dressing room during a Miss Teen USA pageant, while underage young ladies were in varying stages of undress.  His obnoxious and racist conduct was viewed by me first  hand at the Miss USA pageants for a two-year period in the nineties in Gary, Indiana.  I knew it was impossible for such a man to be taken seriously, his moral code being so corrupt.  His raunchy locker room talk of, “grab ‘em by the pussy”, was an unbelievably disgraceful comment.  He would never get the nomination.  His claim that he would “Make America Great Again”, was a preposterous campaign slogan.

The Great America We Had

America was great with President Barack Obama and Vice President Joe Biden at the helm.  We had the Affordable Care Act, finally.  Our military had taken out Osama Bin Laden.  The auto industry and the banks had been saved.  The LGBTQ community finally had equal love and marriage, and our President was a decent caring man that cried for gun victims.  He led our nation with dignity, “with God’s grace”; and never even a breath of scandal.

Barak loved his beautiful wife and his daughters. The Obama’s have been married for 28 years.   They brought an adorable Portuguese Water Dog to the White House and we watched the president play in the snow with his girls. Michelle created a garden. This was a First Family that you could not help but love.  Our first Black President was stellar.  His VP, Joe Biden has known tragedy. He had been a single-parent widower, who put his children first. He found love again and has been married to his second wife ‘Dr. Jill’ for 43 years.  He has never been unfaithful to either of his wives.  Of course this great team was re-elected, and the Democratic party was making strides at keeping America great through inclusion and acceptance.

We had Hillary Clinton ready to break the glass ceiling as the first female President of the United States.  Instead of that glass ceiling breaking, our hearts broke.  Donald Trump received the Republican nomination for president.  My mouth dropped nearly to my neck from shock.  Surely, there was no way he could be elected.  Hillary was by far the clear, experienced choice and Trump’s low-down, ridiculous tactics about her emails would not be taken seriously, or would they?   Why, some of her emails were just simplistic messages about her daughter’s shower.  Hillary had nothing to hide in her emails in the least, whereas Mr. Trump continues to hide his debt and blatantly refuses to show his tax returns.  All other United States presidents and candidates had released their tax returns.  Surely, the American people were not foolish enough to fall for this man’s malarkey.

You’ve Got To Be Kidding

I sat on election night at a colleague’s restaurant, wearing my “I voted” sticker with my husband, awaiting Hillary’s brilliant acceptance speech, when the unthinkable happened.  I watched in horror, losing my appetite, as a smug and smirking Donald Trump descended a staircase with his family to make a victory speech.  Our nation had just descended into hell.  Tears streaming down my face, my husband escorted me to our car.  I was literally in a state of shock; I cried for three days.  Hillary wrote a beautiful email to all of her supporters; I used a half of a box of tissue while reading it.

Thanksgiving, Hanukkah, Christmas, and Kwanzaa were bittersweet because we knew what was to come.  I prayed, I cried, I hoped and I feared; emotions ran high during the holidays.  Anger simmered below the surface at my husband’s Trump-voting brother-in-law’s house.  New Year’s Eve brought tension, not celebration.  Never had a bigger deal been made of a President leaving office.  President and First Lady Obama would be much missed.  I could not watch ”The Donald” take the oath of office.  News photos of Barack and Michelle kindly escorted Melania to her seat, while her husband ignored her completely.  I vowed to never call Donald Trump ‘president’ and I could not bring myself to refer to a woman who has been seen naked in magazines by half the world,  ‘first lady.’  The nightmare had begun. 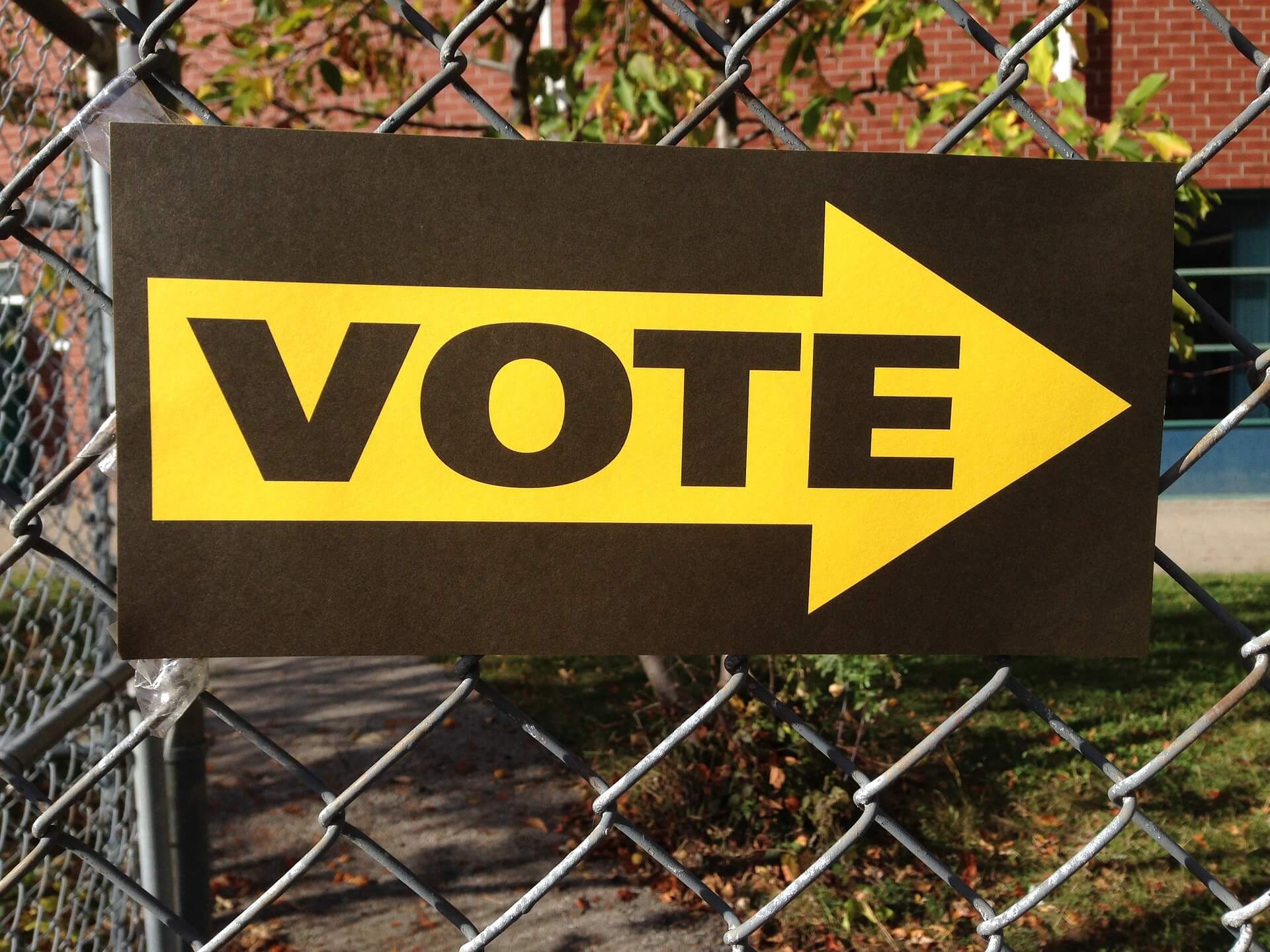 How Did This Happen?

It is a question that has been asked before. Though as we get closer to Election Day and things might still go either way, it is still a productive exercise to try and figure out how we got to where we are today. Particularly with so many Trump Voters, particularly in swing states, suffering industrial strength buyers guilt.

The answer seems obvious. All the Trump voters are backward, racist, sexist, idiots who don’t know what’s best for them. A ‘basket of deplorables’ as Madam Clinton once put it. This is a mistake. Not only is it reductionist and prejudiced, the very things most accuse Trump of being, it is also wrong. I don’t mean wrong in the modern sense of things that make people feel icky. I mean it in the far more basic, Aspie way of false as according to the evidence. There are simply too many people of various groups, including those whom Trump has attacked, supporting him for this to be the whole story.

If anything, the less savory things Trump has said or done are incidental to his support. Not that what he did doesn’t matter. It does in terms of general morality but a lot of things are a matter of priorities and he has other aspects that outweighed his misconduct. At least in the minds of those who prioritize such things. One of the things a lot of critics overlook is his focus on jobs. Particularly in places like Michigan. A state in which things have been so bad for so long, the condition of cities like Flint have been referred to as ‘economic terrorism.’ A situation which makes it easier to understand Trump’s support despite his desire for a border wall or his opinions on where it is okay to touch female strangers. Even if they ‘let’ you.