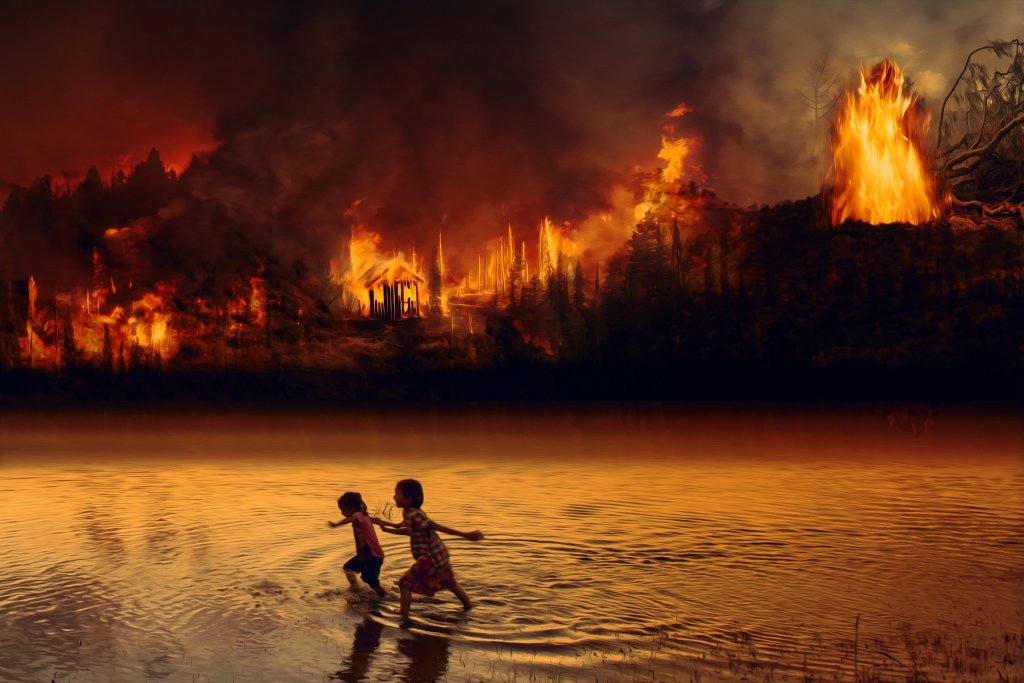 The clock is ticking. The emergency real. Experts believe that in 30 years the Amazon rainforest will likely be, just a memory. . .

The Amazon rainforest has been under threat for decades. Despite its indisputable ecological value and unspeakable beauty we are at risk of losing this incredible natural resource.  Brazil’s president, Jair Bolsonaro, has vowed to protect the forest and reduce harmful emissions. His words don’t match his actions. Unparalleled development continues, transforming forest into farmland or deforested deserts. The entire ecosystem has been disrupted, all for the price of temporary, but immediate profit.

According to Reuters, Brazil’s ecological losses have increased 1.8 percent just during 2020, losing roughly 1,062 square kilometers of forest to greed and corruption. But logging isn’t the only issue to blame in this scenario. Farmland conversion, wildfires, droughts and pollution have ravaged the land. More than one billion acres of rainforest have been transformed into public, government or miscellaneous use since the year 1990.

The worth of an intact and thriving Amazon rainforest amounts to approximately a whopping $8.2 billion , but the forest is losing its value both economically and environmentally.  This world wonder spreads across Brazil, Peru, Columbia, Ecuador, Bolivia, Venezuela, Guyana, Suriname and French Guiana. The Amazon rainforest extends over millions of miles, and provides a safe habitat for thousands of tropical animals. Furthermore, it is home to at least 500 tribal communities. 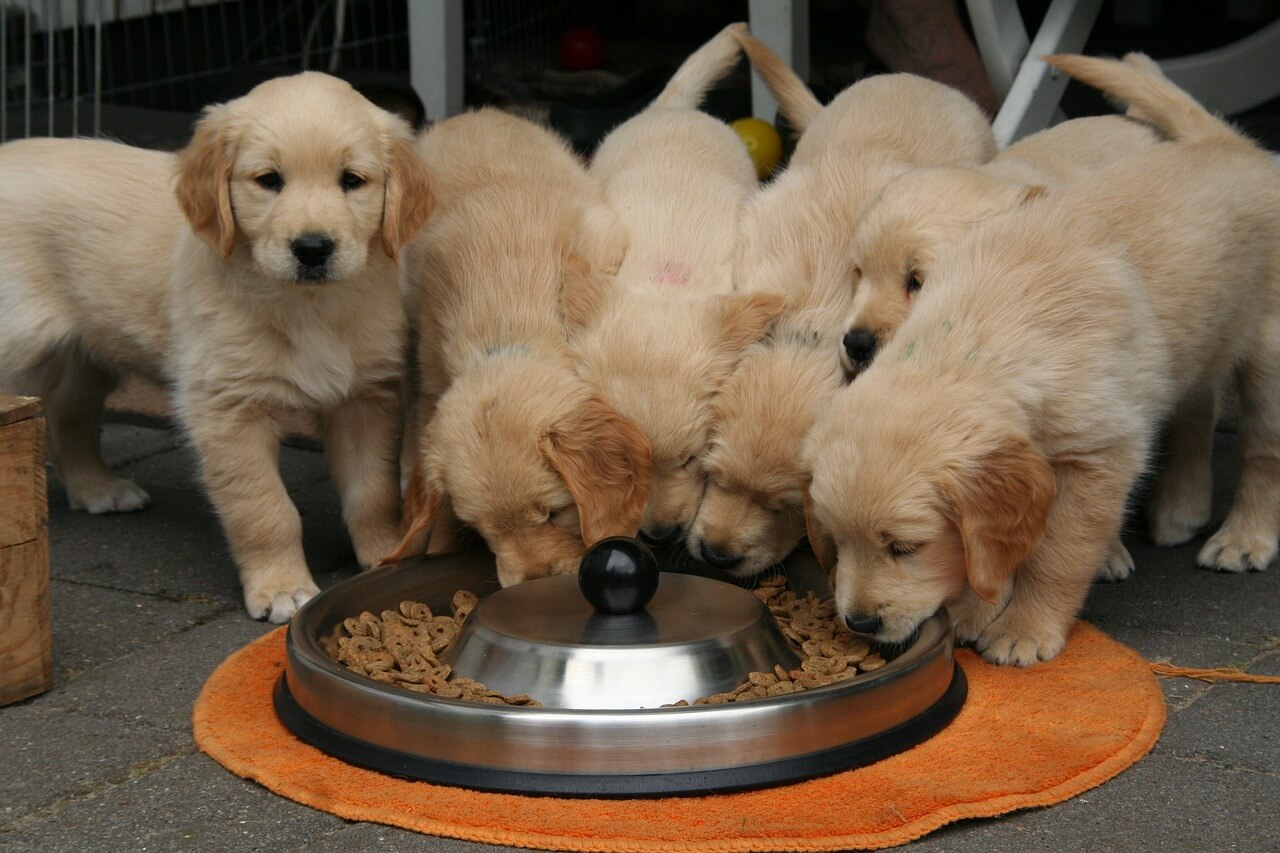 By definition a “puppy mill” is problematic.  These breeders raise animals purely for profit.  At best,  conditions barely meet legal minimum standards.  Most often there is flagrant disregard of laws and the animals’ welfare, subjecting animals to horrendous conditions.

Per Wikipedia, a codified uniform legal characterization has not yet been made.  A case law definition was established in 1984 by Avenson v. Zegart, as “a dog breeding operation in which the health of the dogs is disregarded in order to maintain a low overhead and maximize profits”.   “Emphasis on quantity over quality, indiscriminate breeding, continuous confinement, lack of human contact and environmental enrichment, poor husbandry, and minimal to no veterinary care”, is how The Humane Society of the United States’ (HSUS)  Veterinary Medical Association describes the practice.

Senior director John Goodwin of The Humane Society of the United States is spearheading a stop puppy mills campaign.  The goal of the campaign is to activate the average citizen. Goodwin believes it is imperative that citizens report puppy mills and then refuse to  patronize stores who sell animals that come from these suppliers.  Some Mennonite and Amish communities have concentrations of puppy mills, particularly in Indiana, Ohio, and Pennsylvania.  The Midwest has a large percentage of the offenders: the animal protection organization’s “Horrible 100” has five Indiana dog breeders on the list, for example, one of which is tied for the seventh worst.  Missouri, who has the highest number of puppy mills in the U.S., reported two breeders with significant numbers of emaciated dogs and abhorrent conditions.

An Iowa  puppy mill with 650 dogs had more than 50 that were ill or injured.  Some of these operations have over a thousand canines in their charge.  Circumstances at smaller breeders aren’t necessarily better.  The Attorney General of Michigan is pursuing action against an AKC breeder for allegedly deceiving customers, euthanizing unwanted puppies, and selling sick animals.  A Kansas puppy miller admitted to shooting and killing over two dozen dogs.  Some others have been known to drown animals rather than go to the expense of humane euthanasia.

Poachers kill 20,000 wild elephants every year. These heartless poachers don’t just shoot the poor animals;  instead the desperate creatures are often left injured and dying. Whether by gunshot wounds, poisoning, mutilation or snare traps 50 animals are killed daily. Make no mistake there is a war on elephants. Poachers will kill any elephant with tusks-even a mother nursing her baby.

Sadly, often poachers will attack and injure baby elephants because the baby’s pitiful cries will then lure their mothers into a deadly ambush. These poacher’s will stop at nothing to get their hands on the ivory. The poachers use assault rifles and even poison arrows. Unimaginably, they even pour cyanide into elephant watering holes. All this needless suffering so the ivory can be carved into useless trinkets and jewelry to be sold in Asian markets, particularly in China.

Elephants are highly social and deeply emotional creatures. After the poachers kill their mothers, the young orphans are left, to wander helplessly in the bush, until they die, or are rescued by humanitarians.  In one recent case a young orphan elephant was found missing part of her trunk and her tail, likely the victim of a lion attack since she had no protection without her mother. In fact, if the slaughter is not stopped soon certain elephant populations risk extinction.

Orphans Cry For Their Mothers

After a baby elephant is orphaned they will often sit, weeping for hours, tears rolling down their cheeks. Some will wake up in the middle of the night, squealing in terror from nightmares.  Although physically healthy some will refuse to eat or drink because they have been so traumatized by the loss of their mother they die of what seems to be a broken heart.

Groups Work To Stop The Slaughter

More than 50 elephants are slaughtered every day from poaching, hunting and other clashes with humans. There are groups working to protect elephants but it is a huge undertaking. On the front lines are several international wildlife preservation groups, such as IFAW (International Fund for Wildlife),  African Wildlife Foundation and World Wild Life Fund. These groups are using a multi-phase approaches, changing laws and educating the public to end the ivory trade forever.

Every year multiple game wardens and rangers are murdered by poachers because they tried to stop the killing. One recent project in Africa, known as tenBoma is showing some early success. tenBoma is basically “neighborhood watch.” In Kenya tenBoma is a traditional philosophy that encourages each community to work together to protect the entire region.

This same philosophy is being used by activist groups to engage local communities, the people, the police, the scouts and rangers-to share information on suspected poacher movements and other dangerous activity, especially around known elephant migration routes.  The goal of such projects is to form a protective shield around wild places where elephants live.

Miles And Miles Away

So many of us, live thousands of miles from the center of this tragedy.  The distance between the epicenter of the disaster does not need to stop people from helping end the ivory trade, protect elephants and lovingly raise traumatized orphaned baby elephants. Hopefully, hearing the need and seeing the pain created by poachers will encourage people to give generously and repeatedly to organizations devoted to saving these incredible animals. I’ve listed three highly respected organizations fighting to save the elephants. Please donate if you can.

The Senseless Death of One Lion

In the summer of 2015, Minnesota dentist Dr. Walter Palmer, having reportedly paid $50,000 in US dollars to hunter-guide Theo Bronkhorst as the price for an innocent lion’s head, shot and killed a majestic creature named Cecil.  Palmer first shot Cecil with bow and arrow, then tracked the wounded king of the jungle for about a 40-hour period, finally killing him with a rifle on July 1st near Hwange National Park, Zimbabwe.

A Song Too Late

Public outrage at this prompted many celebrities and politicians, among others, to publicly condemn the murder of this animal.  Musicians composed songs of tribute in Cecil’s honor, while artists worldwide such as Aaron Blaise, a former animator for Disney, created works to celebrate his life and mourn his death. 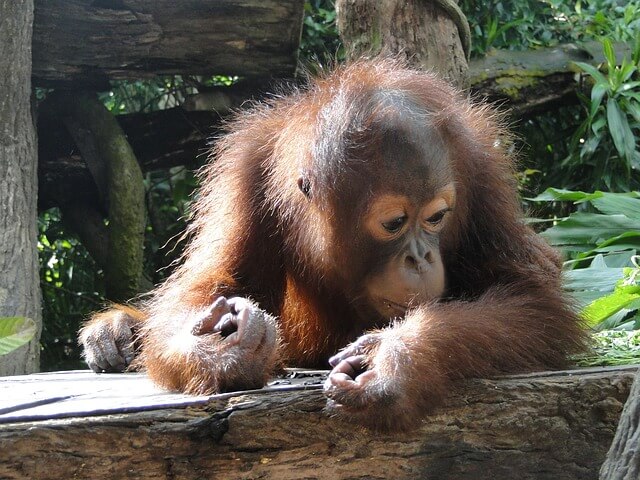 We @calamitypolitics are deeply concerned about deforestation and the deadly effects it is having on the planet. Rain forests are important because they are home to thousands of unique animal species, some not even identified yet. Calamity Politics contributor, Michael Leonard Douglas, has written a compelling article explaining the hazards of deforestation. Please watch for it.

One of the worst offending industries in the deforestation calamity is the palm oil industry  “Deforestation, habitat degradation, climate change, animal cruelty, and indigenous rights abuses in countries where it is produced, because land must be cleared for development and planting of the palm oil plantations,” The Orangutan Project.

Please take the 3-4 minutes to watch this video from the Orangutan Project. The loss of habitat is leaving many of our close cousins homeless and afraid. Deforestation hurts. Join the effort to stop palm oil atrocities and other devastators of our precious and rapidly disappearing rain forests-Darlene

The goal should be a balance in the ecosystem for all living things to thrive.  There is no justification for the barbaric cruelty that takes place daily on every continent. It does not matter whether a human is involved or an animal.  Animal-human right’s activists advocate for treating all animals humanely. Can you imagine the outrage if human beings were held in cages and tortured regularly or were hunted down by wealthy adventurers seeking nothing more than a photo-op with a corpse, or a trophy for their wall?  It is time that humanity finds the resolve to develop a plan that promotes co-existence with the rest of the animal kingdom. Where balance of land and resources put an end to animal cruelty.

Scientifically, human beings are animals. Therefore, when we talk about human rights, there is no real conflict with animal rights. Those most basic rights (needs) for all creatures are to live freely, have access to food and water, a comfortable shelter/habitat; and lastly, security from unwarranted threat and mistreatment. Animal cruelty is denial of any of these basic needs. When any one of these basic rights is infringed upon repeatedly the entire ecosystem is thrown out of balance.

View from the top

Since human beings are at the top of the chain and dominate every activity on the planet it is difficult to convince the global human population that we are equals with lesser animals. The term, “animal rights” was coined to give a voice to the millions of animals that face cruelty and slaughter every single day. There is no animal that is more intelligent than the human species and no species better able to launch and give voice to an appeal against animal cruelty than that carried on by its own species.

The link between animal cruelty and human rights is clear when we are willing to look at the evidence. Domestic abuse is not usually just an attack on one household member. The abusers target animals too. Most domestic animals that are mistreated are part of a paradigm of abuse. A study by the Animal Welfare Institute confirmed there is a connection between animal abuse, child abuse and domestic abuse.

The Animal Welfare Institute study measured a strong connection between animal cruelty, child abuse, and non-ending domestic violence. According to their study, up to 72% of abused women reported a similar, if not brutal, abuse of their pets by their spouse or partner. The study shows that not only were the animals abused, but often killed in the process. In a similar study conducted nationwide, a staggering 84% of the people who reported domestic abuse also claimed that their pets were abused or brutally injured.

Statistically there is a direct link between domestic violence and animal cruelty. The connection of these women (occasionally men) to their pets was found to be so strong that up to 49% of those reporting abuses chose to stay in the environment to protect their pets. These are shocking numbers and should be of great social concern. But is knowledge enough to turn social concern into social policy that safeguards both animal and human rights? A question not answered by the study was, is the cruelty toward the animals a characteristic trait of the abuser, or is it related to the human target of abuse and their relationship with the abused animal?