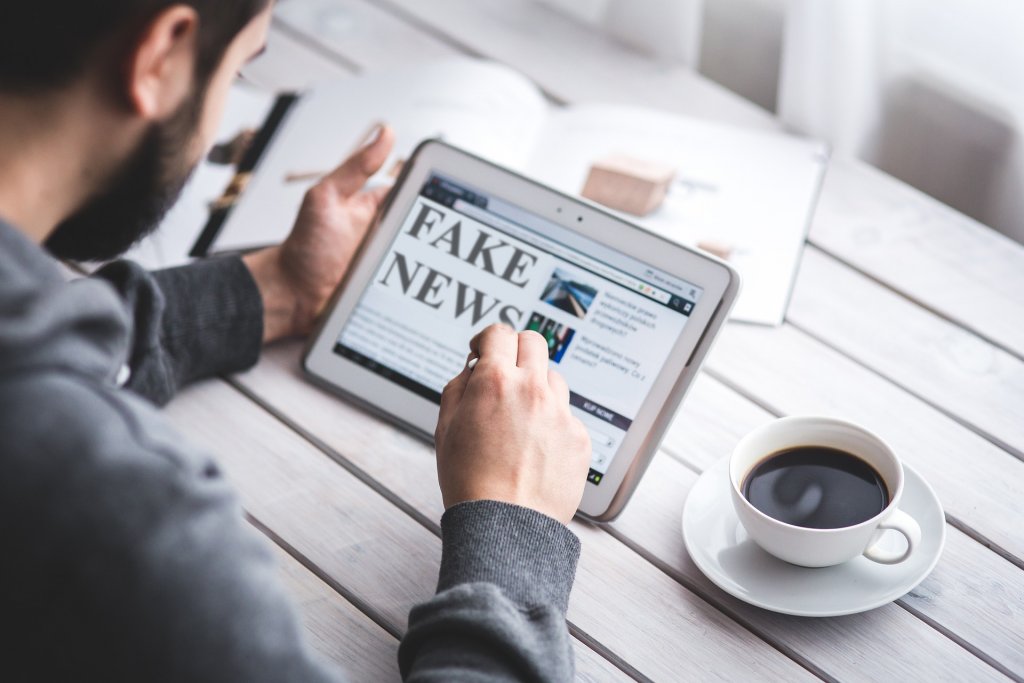 “You see, the truth is Murdoch has become a cancer – an arrogant cancer – on our democracy,” K. Rudd,  former Australian PM

A democracy is dependent of diverse, reliable, independent, and accurate information. Kevin Rudd a former Australian prime minister has described Rupert Murdoch’s monopoly of Australia’s media as a “cancer on democracy,” that effectively serves “to chill free speech and undermine debate.” Mr. Rudd continued, “Murdoch has become a cancer – an arrogant cancer – on our democracy,” adding that over the past decade Murdoch has “viciously” campaigned against democracy in support of right wing, white  nationalism.

The effect of Murdoch’s philosophy and his powerful media presence is not only effecting Australia, the UK but also the good ol USA, where media ownership has become increasingly concentrated in the hands of the few. The end result has been that Murdoch has deliberately encouraged politically polarized rhetoric and manipulated news for his own agenda.

Enemies In the Crosshairs

Rupert Murdoch through his company News Corp uses its power as a media Goliath to routinely attack his enemies whether it be in business or politics.  Murdoch uses his billions in wealth and power derived from that wealth as a media cudgel to “attack opponents in business and politics by blending editorial opinion with news reporting,” alleging that, as a result, those “who hold contrary views have felt intimidated into silence.”

This is very similar to what we see in the United States with Laura Ingraham, Sean Hannity and the Tuck.  According to Rudd, Murdoch with the strength of his cable viewing audience seeks “to maximize his political power in. . . defense of his ideological interests; one being climate change denial.”

Division In The Empire

James Murdoch, one of the 90 year old mogul’s sons  revealed recently he had quit his position on the board of New Corp because of “disagreements over certain editorial content … and certain other strategic decisions.”  Most particularly he pointed to the company’s coverage of Donald Trump’s presidency. He continued, “I reached the conclusion that you can venerate a contest of ideas, if you will, and we all do, and that’s important. But it shouldn’t be in a way that hides agendas,” James Murdoch said in a New York Times interview. It should be noted that James and his wife give millions to liberal causes and democratic candidates in direct opposition to his father’s espoused philosophy.

“A contest of ideas shouldn’t be used to legitimize disinformation. And I think it’s often taken advantage of. And I think at great news organizations, the mission really should be to introduce fact to disperse doubt — not to sow doubt, to obscure fact, if you will.” (James Murdoch) 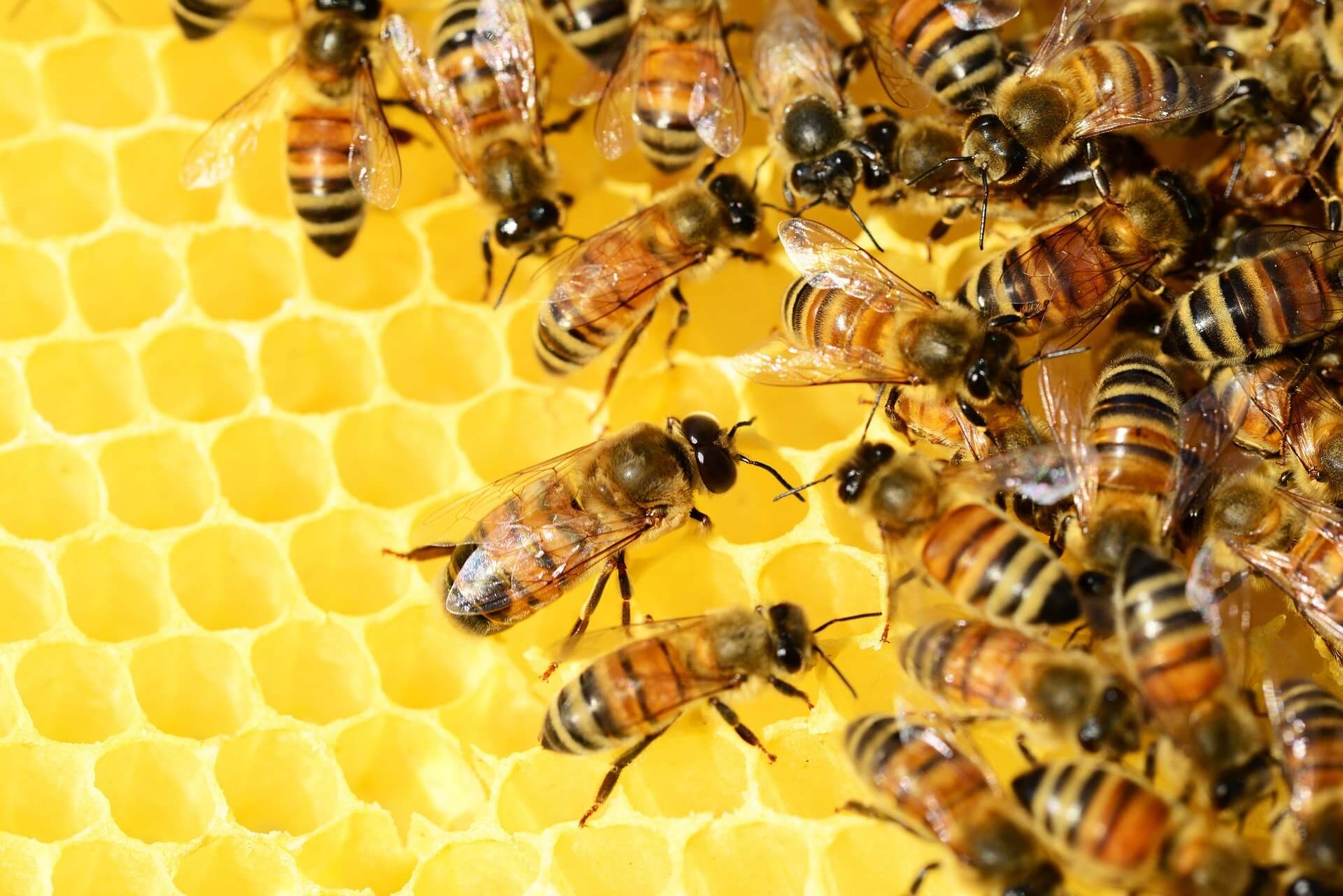 The purpose of the international day of celebration is to acknowledge the role of bees and other pollinators in the ecosystem.  World Bee Day is celebrated on the birthday of pioneer beekeeper Anton Jansa, May 20, 1734. There’s good reason to pay attention to the bees. There are over 20,000 bee species and most are in decline. This includes the American honeybee. The honeybee is however a small fraction of the bee population.

Bees are keystone species — ecosystem engineers that are pivotal in supporting healthy habitats for birds, insects, and mammals in ways not always recognized. They pollinate wildflowers and other plants, which is crucial for maintaining genetic diversity of the ecosystem. They also help create and shape natural areas where other animals live and find food. 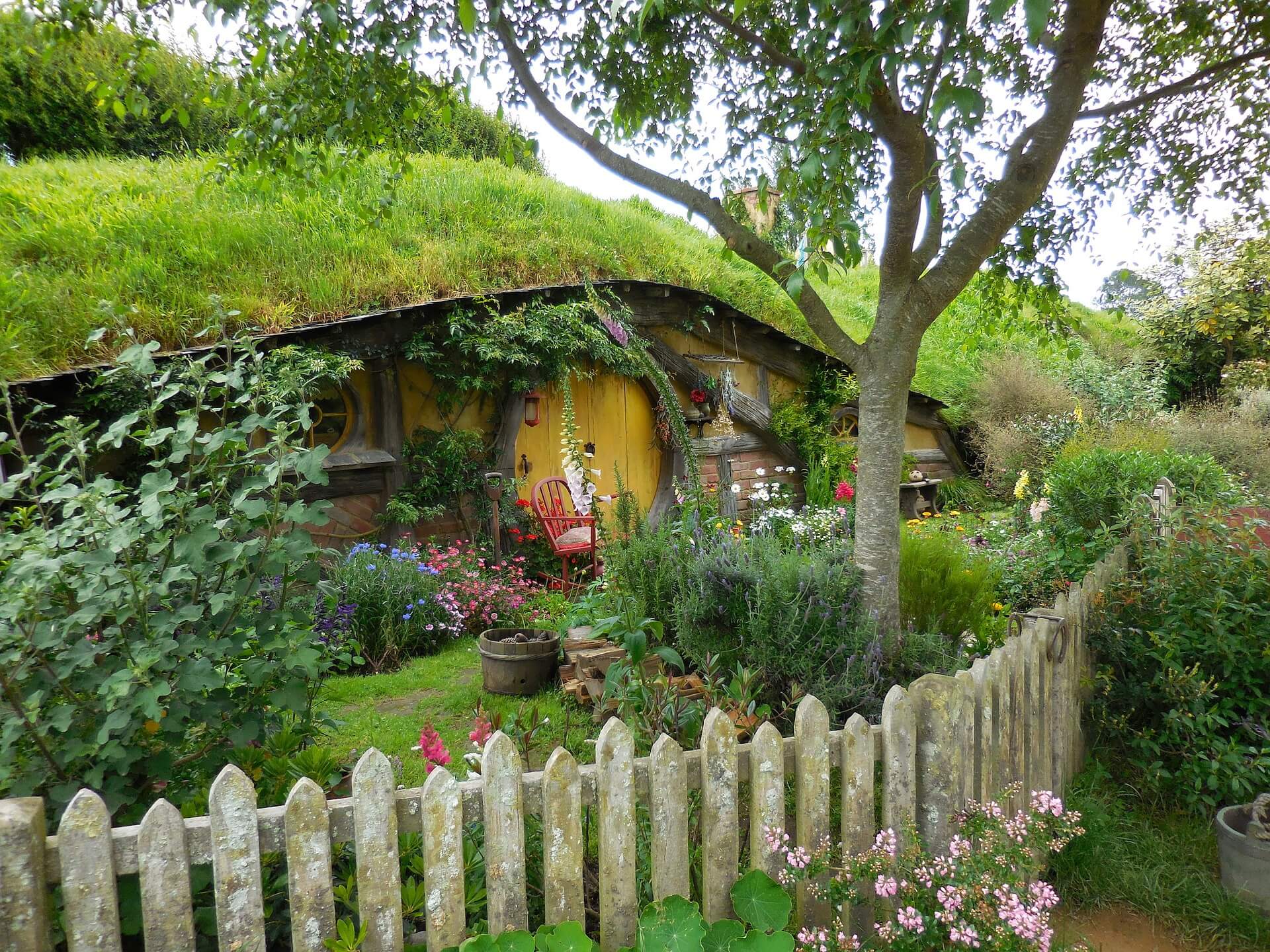 I have been planting native species plants and using water conserving drip irrigation for at least a decade. But I want to take it to the next level. I opened the March/April 2021 issue of Sierra magazine and found an article that motivated me to get busy. To be carbon positive, just means  your landscape/plantings remove more carbon dioxide than they generate.  Planting a tree that will grow large can remove hundreds of pounds of carbon from the atmosphere over its lifetime. Conversely, adding a concrete patio can add hundreds of pounds of carbon to the atmosphere. Lydia Lee’s article offered some great suggestions on how to create a truly green landscape.

Do a Carbon Audit

There is a free carbon calculator at climatepositivedesign.com/pathfinder, just enter details about hardscaping, plants, and maintenance equipment into the free carbon calculator. For example, stone pavers score poorly because of the intense amount of energy required to cut and transport them. You can also download the Climate Positive Design Toolkit,  which lists 50 strategies for improving your landscapes footprint, such as planting bamboo.

Concrete is essentially artificial rock. Using concrete for a walkway or a patio dramatically increases your garden’s environmental footprint. Concrete is created with cement which during manufacturing needs to be heated to 2,500 degrees F. It would be better to use decomposed granite or gravel when creating paths and patios. A new product, Trugrid (truegridpaver.com) is a permeable paving system that holds gravel in place. The product is made from post-consumer recycled plastic. It even allows rainwater to drain into the ground rather than run off. 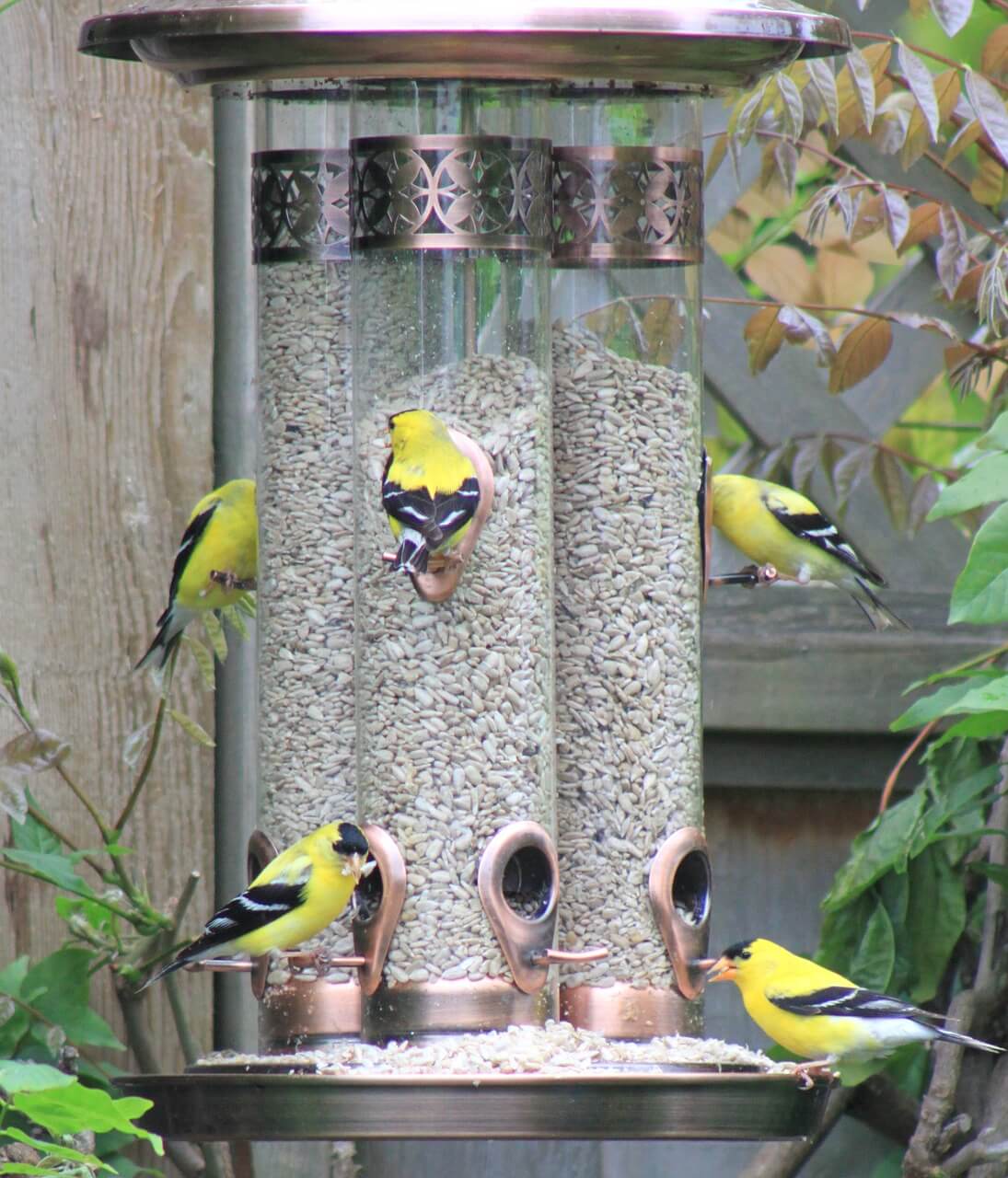 To create a backyard sanctuary you might want to start by hanging a bird feeder.

No matter how small your yard there are things that you can do that will turn your property into a wildlife sanctuary. With COVID-19 having many of us confined to our homes, it might be just the right time to get out in the yard and make a difference for a bevy of creatures. Biologists say habitat loss is the biggest threat to wildlife. Take some of your extra time and pent-up energy to build half a dozen bird feeders. If you are not good with hammer and nail, just order them on-line. One of the easiest things you can do is hang up bird feeders. Remember to place the feeders at different height levels, in different areas of the yard. Offer a variety of seeds in separate feeders. Don’t offer suet in warm weather.

Often people reach for rodenticides at the first signs of  mouse activity, without thinking of the potential danger to wildlife. A California study found rat poison in 90% of mountain lions and 88% of bobcats, and 25 other animal species, including the endangered northern spotted owl and the San Joaquin kit fox. For wildlife friendly alternatives visit www.saferodentcontrol.org.  Consider installing nesting boxes for barn owls. A family of barn owls can eat as many as 3,000 rodents a year. For information on the owl boxes please visit www.hungryowl.org.

Say No To Weedkillers 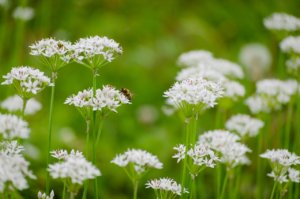 Stop using dangerous pesticides. Some stay in the soil for a decade. Weeds can be beautiful.

People need to expand their world vision. Amazingly, people take extreme measures to eat organic, yet go full-bore on weed killers. It is clearly time to say no to weed killers. Before buying young starter plants, seed packets and saplings, read the fine print, making sure you do not buy chemically pre-treated products. Make sure there are no neonicotinoids on labels. Half of the plants sold in the U.S. and Canada are treated with neonicotinoids before shipment to stores.

5 Ways To Help Save The Bees

In September 1962 Rachel Carson published one of the most important books on the environment ever published. Certainly, it can be described as the foundation of the mid-20th century environmental movement. Fundamentally, Ms Carson documented the harmful effects of the “indiscriminate” use of pesticides.

Future Generations Will Not Forgive Our Failures

In her ground breaking nonfiction book, Silent Spring she  said: “It is not my contention that chemical insecticides must never be used. I do contend that we have put poisonous and biologically potent chemicals indiscriminately into the hands of persons largely or wholly ignorant of their potentials for harm. …we have allowed these chemicals to be used with little or no advance investigation of their effect on soil, water, wildlife, and man himself. Future generations are unlikely to condone our lack of prudent concern for the integrity of the natural world that supports all life.”

Ms Carson graduated from John Hopkins University in 1932 with a Master’s Degree in Zoology.  Ms Carson worked as a field scientist for the U. S. Fish and Wildlife Service for fifteen years. After World War II, the government touted the value of many toxic chemicals that had been developed during the war. The prime reason behind the government support of these chemicals was the hope to maximize farm production.