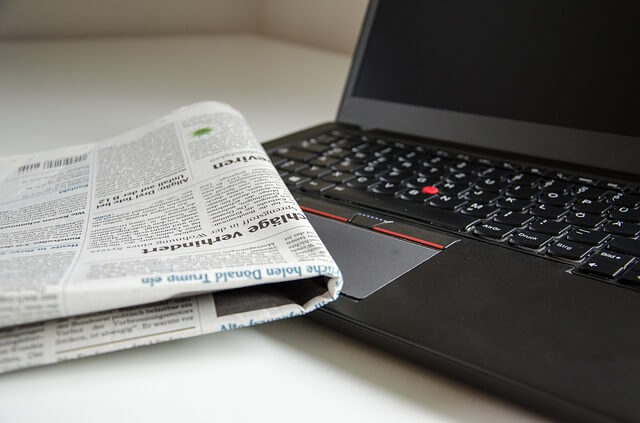 Despite the government order to stay at home, I am still connected to the world via newspaper, wi-fi, streaming TV, Facebook, Twitter and cell phone.

Despite being on “stay home, stay safe” orders; I am still attached to the world via newspaper, cable television, Twitter, wi-fi and cell phone. Things are coming at me too fast and too furious for my liking. I am bobbing and weaving, when I should be writing, researching, petitioning and organizing.

I watched the Trumpster conduct another overly long and contentious Coronavirus Task Force press briefing this afternoon. Trump, was arguing and fighting with the reporters. Insulting their race, their intent, and their talent. At one point, Trump pushed Dr. Fauci aside, telling a reporter to stop asking “the same question.”  “He’s answered that question, fifteen times.” 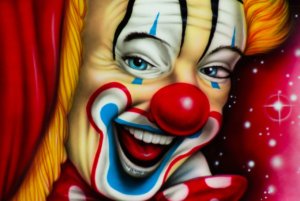 A clever person once said, “elect a clown, expect a circus.”

The question reporters and the public keep asking is why is Trump touting the  unapproved anti-malarial medication, hydroxycloroquine for coronavirus treatment?  If these briefings were ever informative they have dissolved into what one reporter described as a “three-ring circus with Trump as the deranged ringmaster”. This is what happens when a narcissist takes over the government of a country.

Watching the now daily Trump “circus” via television is like so many of those other WTF moments I’ve experienced during my life. I’ve thought how things, common things, deliver a “doesn’t that figure moment.” So, I decided that maybe, just for laughs, I should point out some of the those WTF moments. Here are a few that I came up with. I’m sure everyone has a list of their own.

My list of WTF moments are really just daily irritations and small injustices. Most are funny and a bit annoying, but not life threatening.  I wish I could say the same about what I am hearing come out of the mouth of Donald Trump. I am convinced more every day, that he is the most dangerous president we have ever had.

RESIST, it is more important today that ever before.

I’m stuck home, recovering from extensive foot surgery. I have watched all the NetFlix offerings that interest me.  I am now resorting to live streaming on Hulu. I switch back and forth between CNN, FoxNews and MSNBC like an agitated Adderall addict. One thing I have noticed over the last several weeks is that Trump appears to be in poor health.

On November 17, 2019 Trump made an unannounced and seemingly unplanned trip to Walter Reed Medical Center. Trump decided on a motorcade instead of his standard helicopter ride. The visit did not seem to be planned despite White House denials of any emergent situation.  A source familiar with the events  described Trump’s visit as “abnormal,” but added that Trump, 73, did not seem to be in any physical distress later that evening.

White House press secretary Stephanie Grisham, attempted to tamper down the questions, saying “he’s in good health and it was a routine checkup as part of his annual physical.” Grisham furthered her explanation saying, “Trump decided to get parts of his physical done early because he had a “free weekend” in Washington. Grisham did not respond to questions about why Trump did not get his full physical exam — which typically takes 4 hours or less — done over that open weekend. When pressed by reporters, Grisham vehemently denied Trump had any undisclosed health issues.

According to Grisham Trump underwent a “quick exam and labs.” Several experts familiar with White House medical procedures said that Trump could have gotten ‘routine’ lab work done at the White House’s on-site clinic, seeming to support the theory that Trump needed tests that couldn’t be done there.

On that November 2019 Sunday morning Trump took to Twitter telling the nation he planned to finish the ‘second part of his annual physical’ sometime in early 2020. Trump’s February 2019 full physical exam revealed he had increased his daily dose of Rosuvastatin, a medication used to treat high cholesterol. Additionally, Trump’s 2019 physical used a coronary calcium CT scan score of 133 to diagnose heart disease.

As I said, I am watching a lot of streaming TV. One thing has become increasingly obvious, Trump looks worse by the day. He appears to be in poor health. I am speaking of all aspects of his health, his physical, mental, and cognitive health.  During recent public appearances he has looked ill. I of course, keep wondering if it has anything to do with that unscheduled November visit to Walter Reed Medical Center. I really want to know what sent Trump to the hospital that day back in November, I doubt if it was as routine as the White House would like us to think.

During the last couple weeks Trump has looked worse than usual. He has become more heavy-handed with the orange makeup, that is obvious. During a major speech in India and later at a press conference after the speech, Trump fell into rambling incoherence; slurring and mispronouncing common words. On that trip he was described as wobbly and sweating profusely. At a Saturday night rally in South Carolina amid the primary vote he again looked bad, causing viewers like myself to question his health.

Rumors have persisted for years that Trump is an Adderall addict. Trump does in fact show evidence of stimulant abuse. Photos have captured the enlarged pupils.  And anyone listening to a Trump speech is familiar with the snorting and sniffing between sentences. The nasal dysfunction is most likely related to sniffing Adderall. People surrounding the president report manic screaming fits, and sleeplessness.  In a recent interview acting Chief of Staff Mick Mulvaney confirmed, “He (Trump) never sleeps.”

It’s obvious why Donald Trump is unraveling. We are on the verge of a pandemic that has killed its first victim in the United States.  Despite Trump’s bluster, his incompetent, cobbled together administration is incapable of dealing with an emergency within our borders. And he knows it. News that he can’t suppress or manipulate is terrifying to him. Last week the stock market dropped 3,500 points. There were two days of declines of more than 1,000 points. One of those days, posting a loss of 1,192 points making it the biggest one day loss in stock market history. All together the stock market is off 15% in one week. For a man who has basked in the glory of a raging bull market, and good economic numbers, such losses would be terrifying and certainly threaten his re-election chances.

As a malignant narcissist Trump is incapable of empathy. He can act concerned when he anticipates a negative impact on Donald J. Trump.  As Bill Palmer noted in a recent on-line article, “He feels bad for his fellow aging white male criminals when they get harsh sentences, because he fears the same thing will happen to him if he loses the election”.  But there is nothing to suggest that he cares if people will die from the coronavirus. Nor does he seem care if the average Joe will face economic hardship. At a hastily called press conference, looking bleary eyed and edgy he down played the chaos and uncertainty of the economic markets and indicated the coronavirus was being hyped by the Democrats as a partisan tool to defeat him in November.

Inside The Trump Brain

Trump is a known ‘germaphobe’. He may even be worried that he’s going to catch the coronavirus and end the campaign rallies for a few weeks.  For all the obvious reasons, and many not so obvious he is terrified. His fear is palpable. Despite a campaign war chest approaching a billion dollars and promised help from the Russians Trump’s paranoia is on full display. He knows a failed response to an epidemic and a sinking economy will threaten his 2020 prospects. Joe Biden, a man Trump fears so much, he got himself impeached trying to discredit him – dominated the primary contest in South Carolina.  Make no mistake about it, Trump is disintegrating before our eyes.

I am a Registered Nurse. Over my 38 year career I spent 10 years in Crisis Psychiatry. The symptoms of mental disorder I see in Trump are quite concerning. Quite flatly, Donald Trump is mentally ill. My observations are not political, but clinical. As a professional I see symptoms every day that Mr. Trump is deeply disturbed, both mentally and emotionally. I know, I am not alone in this belief.  There has been a consensus among mental health professionals that President Trump is clearly mentally ill. I have disliked presidents and presidential policies, in the past.  I have disliked certain presidential personality traits.  But, never once, have I doubted a president’s mental capacity.

If  President Trump is as sick as I believe he is, his continued occupation of the White House is a minute by minute threat to our survival as a country.  His mental illness is a grave danger to the country we love. Caligula, Hitler, Stalin, come to mind. I am sure you would be peeing your pants if one of these mentally ill men had access to our country’s nuclear weapons.  Hell, yeah, you would be terrified. But, it goes beyond the nuclear codes.