OPINION: The Moral Argument For Abortion 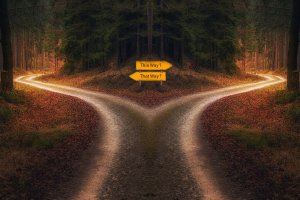 OPINION: The Moral Argument For Abortion

Abortion is a highly emotional issue that is once again on the front pages of newspapers across the country as conservative states enact more and more restrictive laws directed at a woman’s right to choose.

Talking Past One Another

Too often in the abortion debate, proponents for each side just seem to be talking past each other, as opposed to actually engaging. The reason? A failure to define the question(s). In this emotionally charged discussion it is important to try to step back, and attempt to place some of the stated arguments into a single conceptual framework concerning the moral permissibility of abortion.

There are two central questions at the heart of the debate over the morality of abortion.

The argument that abortion is impermissible, to my knowledge, necessarily entails the following answers. (1) The embryo/fetus does constitute a moral person and (2) the right of any moral person to live outweighs the right to self-determination, autonomy, or privacy, of the mother.

The argument that abortion is permissible, on the other hand, can take two routes. The first route is asserting that the embryo/fetus is not a moral person, and thus abortion is prima facie permissible. The second route is to concede the first point; the fetus is a moral person, but challenge on the second point, arguing that the right to self-determination of the mother supersedes the rights of the fetus when they conflict.

Both of these questions are difficult.  The first is, I think, the most interesting. It’s also one that is often avoided by pro-choice people. Prima facie, it looks easy. During our daily life, we generally equate the concept of “moral personhood” with simply looking like a fully formed human being.

The common argument is that a fertilized egg is rendered a moral person via its potential to develop into something that looks like an obvious person. Whether this argument holds water is a whole other can of worms. (I personally think it’s weak.) It is nonetheless one of the arguments used to explain why a fertilized egg has the “moral person” status, which as I said above, is essential to the anti-abortion (ProLife) argument.

The second major question — how we balance the right of self-determination against the right to life — is also a doozy. I think this is an argument that’s often not grappled with as strongly as it deserves to be, especially by political conservatives who generally value autonomy and self-determination extremely high among the “pantheon of rights”.

Having outlined how I view the whole debate, it is suffice to say that abortion stands as permissible based on the second — that self-determination trumps life.

Dave has taken up a very hot topic today, abortion. Although his ideas do not reflect those of www.calamitypolitics.com we do however feel he has a right to express his opinion.

STATE OF THE UNION: MORE LIES

An annual national event, the State of the Union Address. A carefully choreographed and historic obligation of the President of the United States. A lot of pomp and ceremony. A chance for the chief of the executive branch and Commander-in-Chief of the armed forces to tell the Congress and the nation his assessment of how the country is doing. Time to have a moment of reflection and even humility when necessary, as a president evaluates the actions of his administration in terms of domestic and international events. At least that is what is it is supposed to be.

President Donald Trump’s State of the Union Address on Tuesday, February 5th , 2019 was one of the most vulgar displays of tone-deaf arrogance in Presidential history. Including Theodore Roosevelt’s statement about “speak softly and carry a big stick” and Richard Nixon’s earnest assertion that “if the president does it, it is not a crime.”

So Many Gaffs So Little Time

There were many moments that stand out. There was his surety that the female congressional representatives were applauding for him when he mentioned that that they existed. As well as his infuriating claim that over 300 women and girls were rescued at the border. Many of the young female migrants who had already been victimized by sex traffickers on their way to the U.S. and then locked in  dog runs when they arrived here.

My head just keeps spinning. In case no one has noticed the political discussion in the United States has become so heated between opposing factions that I am hearing of divorces and office fights over the 2016 election results. Really? So, just for fun, I played with some numbers and I thought I might light a political fire under my readers. It’s seat of the pants mathematics but, it seems that more than one person is operating by the seat of their pants. American politics at its most outrageous.

How much was your vote worth in 2016. You probably already figured out, not much; if you voted, for Hillary Clinton. Hillary WON the popular vote by 2,865,075.  Everyone knows that, right? Trump WON the Electoral College with 304 electoral votes.  That’s old news, right? Looking behind those numbers we discover that:  112,155 votes, cast in three states (Michigan 13,104, Wisconsin 27,257, and Pennsylvania 71,794) turned my world, and maybe yours, upside down.