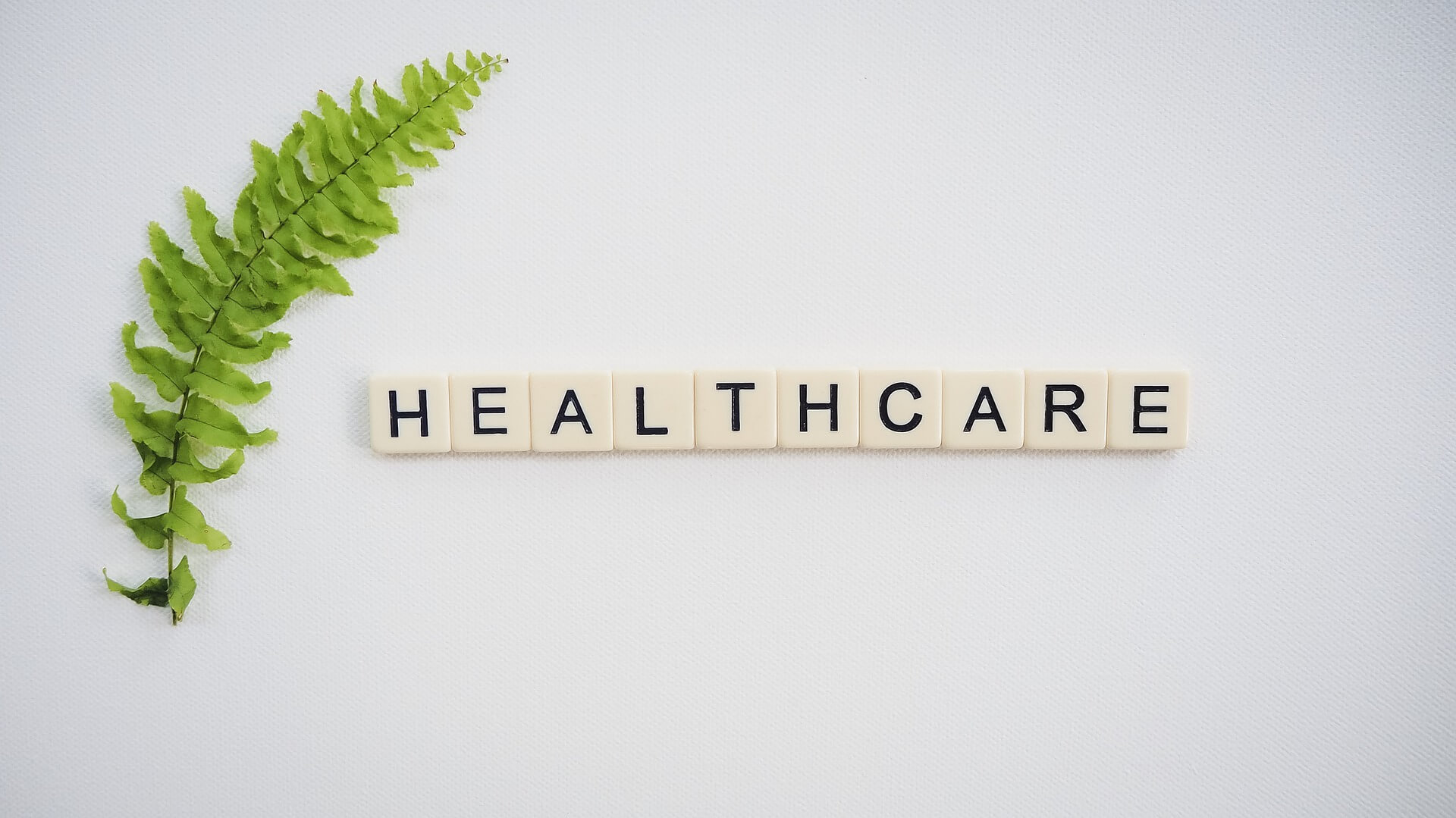 The Tangled Web of Healthcare

It has come to my attention that some potential leaders in the United States of America (a.k.a. “The Greatest Country in the World” and the a.k.a. “Free World”) are considering reform to their currently mostly private, insurance-only approach to healthcare. A system which allows for medical professionals, who have sworn an apparently empty oath to ‘do no harm’, deny America’s cutting edge medical technology to anyone who can’t pay. A situation from 1968 sounds laughable, but it is the system the Republicans want to return to. After being shot 3 times doctors refused to operate on Andy Warhol until he signed a check to cover the costs. The three bullets embedded in his torso notwithstanding. Yet there are many, particularly on the Republican side of the aisle, who act as though the likes of Obama and Biden are proposing the revival of eugenics into mainstream practice.

There are lots of stories, most with the flagrant exaggeration of a campfire terror tale, spoke by a drunk high schooler, about ‘state controlled medicine.’ A system, it should be noted, that has enjoyed great success in every industrialized, western nation, except America, since the 1940s. Even a small island nation like New Zealand easily out-paced the great and powerful U.S. of A. in terms of accessibility to medical care. New Zealand also reported better statistics than the U.S., on infant mortality rates and  over-dose death rates. Do people have to wait? Yes. Then again most of them survived and there don’t tend to be people dying at home of burst appendix because they have no health coverage. Which is more than can be said for “the land of the free.”

TrumpCare Two: All In One Place

I had intended to talk about Trump’s first 100 days, today. However, I decided it was more important to talk about the proposed Republican health plan, TrumpCareTwo.  The 17% of Americans that supported TrumpCareOne should be thrilled with Episode 2.

Rural isn’t just about cows and open spaces. There are many faces to rural health care. I live and write from the beautiful Oregon coast.  I live half way between Seaside, Or. to the south, and Astoria, Or. to the north. The small beach development that I inhabit has a heavy preponderance of seniors. Most people living in my little enclave are old, medically fragile with pre-existing conditions, and living at the poverty level, dependent on Medicare or Medicaid for government supported health care.  In this little community, people will be negatively effected by the Republican proposed health care changes.

Health care in the rural areas of the country is very different from urban health care.  Within forty miles of my house there are two small hospitals.  In that sense I am very fortunate. I know that Columbia Memorial Hospital, in Astoria, Oregon, is a Critical Access Hospital.  CAH is a designation given to certain rural hospitals by the Centers for Medicare and Medicaid Services under a 1997 Budget Act. The CAH designation was in response to a tsunami of hospital closures, particularly in rural areas between 1980 and 1997.

Closure of rural hospitals continues today. Maintaining hospitals in rural areas is vital for a large section of the American population. These CAH hospitals are dependent on ‘rural access’ benefits, and cannot be sustained without them. Dramatic changes to Medicaid and Medicare could potentially end up with nation wide hospital closures, most particularly again in rural communities, as occurred in the 1980’s and 1990’s.

Andy Slavit Breaks It Down

Andy Slavitt @ASlavin provided a complete review of TrumpCare 2.  Take a look at what this know nothing president and his henchmen put together in a couple of weeks. They held no hearings. There was no bipartisan advice. Here goes:

“Doctors, nurses, hospitals, seniors, patient groups–not one of them agrees with these dangerous changes to health care”, states Slavitt. The Republican strategy has been to rush, get it done with no public hearings, no updated Congressional Budget Office score, suspension of rules, no debate, secret drafting, all closed-door sessions. For a bill that would have generational impact. Thanks again, to Andy Slavitt for laying it all out for us. He told me to share.

Suzanne Bonamici, Oregon 1st District Representative, said this in an email: “The latest version of Trumpcare has a lot in common with the first-except this time it’s worse. It would allow states to opt-out of providing essential health benefits –like maternal care, mental health treatment, prescription coverage, and emergency services-which would be harmful to millions of people across the country.  Once again we would go back to the days when people paid for insurance and then found out it didn’t cover them when they needed it. No one should have to choose between putting food on the table and paying for lifesaving medical procedures.”

The United Nations Is Concerned

Slavitt and Bonamici laid it out pretty clearly.  TrumpCareTwo is worse than TrumpCareOne. The state of health care in the United States is so alarming that the United Nations issued a statement.  The UN addressed an “urgent appeal” to the Trump Administration warning that repeal of ObamaCare (ACA) without adequate replacement could violate international law”.

All I can say is, it’s a sad day when the world community is more worried about the health care of the American citizens than their own government. Truly alarming.

It was me, not Trump.  I admit it.  I went on a Twitter rant to several Senators and cable news channels this morning.  Central to the rant was outrage over Trump’s unprecedented $3.6M weekends at Mar-a-Lago, but no Medicaid, no Meals On Wheels, no TIGER, no PBS, no Muppets.  Just ANOTHER million or two burned up while Trump and his entourage parade around like Louis the XVI.  I’m waiting for Melania Antoinette to suggest we, “eat cake.”

With the severe budget cuts this president is recommending many of his most devoted voters will be hurt the most.  Some of these folks are barely hanging on.  With the damage Trump and his cronies are planning,  many of his supporters will be on the street, living with relatives, or dead.

How can a newly elected president, who is an Electoral College President, not a Popularly Elected President, hurt so many of his supporters, mostly elderly, rural poor, in such a devastatingly malevolent way.  Many of these seniors can’t make it without the ACA (Obama Care), Medicaid, rural hospitals and clinics, and Food Stamps. From the looks of it, TRUMP LIED AGAIN.  He is a master of the con, and has, over the years, fucked just about everybody, in one way, or another; at one time, or another.

I’ve written an average of two posts a day for my political blog, Calamity Politics for at least the last two months. There is so much going on with the U.S. political scene. I can’t stay quiet. So, if it seems sometimes like I might be screaming, I just may, be.

I  intend to add, probably a third post to my daily political blog journal for just, today. I have a need. A need to comment when I see an outrage.The Fire Around Trump is white-hot. The Trump discussion is white-hot and I plan on keeping the fires stoked, with nothing more than a reporting of the outrages that Trump and his chorus of Trumpettes have perpetrated on the American people over the last 24 hour news cycle. We need to crank up the volume. I’m just wondering if we can light the investigatory fire in this heavily Republican government?

Calamity Politics is a political blog that presents the world as I see it. I am hard on the Republicans, but they deserve it. My political comments today center around the ACA and the Republican attempt to restore pre-Obama times.

Everybody in this crowd wants to go backward. What the fuck, is going on in their heads. A healthy citizenry is one of the best resources a country has at its core. Every civilized western country has health care for all. No questions, no arguments, it is a recognized right of citizenry.

Why is that concept so difficult for American politicians to embrace. This great, grand lie, that we make it on our own is some dime novelists idea of the American ideal. The fact is, we have a lot of sick people in this country that cannot pay the exorbitant cost of health care, or health insurance without government help.