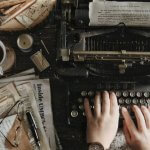 In today’s warfare, keyboard warriors, often spill onto the streets, defending their chosen ideology, often without fully understanding it. Going by the rhetoric flying through the ether, bread-lines, gulags, Auschwitz, and the Berlin Wall have been erased from the record. Whereas the only kind of Capitalism that seems to currently exist is Laissez-Faire, guided by the Adam Smith’s imagined ‘Invisible Hand.’ effectively striking the contribution of any other economic theorists, not least John Maynard Keynes. It is notable that Keynes was a lone voice in the wilderness, arguing against the disastrous punitive measures levied on the Weimar Republic in 1919 at the end of World War I. Those punitive measure were in a large part resp0nsible for World War II a short twenty years later. Continue reading