“No Whitewash At The White House” 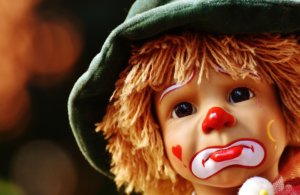 The Stench Is Stomach Turning

There is a stench rising out of  D.C. that is so foul it has reached me on the West Coast.  I have never smelled anything so disgusting.  The odor that hovers over a rendering plant in a mid-August heat wave comes closest.  The possibility that a presidential candidate would extort “favors” from a foreign power, one that our country claims is both a friend and ally. A country that is facing constant threat from the Russian Federation. The inappropriateness of Trump and his surrogates’ actions is not only shameful, but illegal.

As more leaks surface, Trump who admits, the content of the conversation, is dragging AG Bill Barr and Secretary of State, Mike Pompeo into the conversation. Trump didn’t stop with those two officials but went on to draw in Rudy Giuliani and Mike Pence. Pompeo in fact, we just learned, was actually listening in on the July 25, 2019  phone call between Zelensky and Trump. As I think about it, I wonder if Pompeo may have had something to do with the “over classification” of that conversation and apparently many others, to hide Trump’s misbehavior from the American public.

Over the weekend Secretary of State, Mike Pompeo was out and about claiming the whistleblower complaint was invalid, because, Pompeo said the whistleblower lacked “first hand knowledge.” Unbelievable. Here we have Pompeo who actually had  first hand knowledge of the events, stood blank faced, staring into a plethora of cameras, lying to the media and the American public.

The More The Better

That despicable cloud of corruption and criminal intent to interfere in an American election now hangs over the entire United States, extending from coast to coast.  We have become a global scandal. It turns out that it wasn’t just the Ukraine that Trump was strong-arming. Headlines screaming tonight (9/30/2019) show that Trump tried the same routine with both the Italian and Australian PM through the activities of Bill Barr, Rudy Giuliani and Mike Pompeo, and perhaps others.

Republican House minority leader, Kevin McCarthy hit the news shows Sunday, claiming he hasn’t read either the whistleblower complaint, or the text of the conversation released by the White House.  If he hasn’t read the material  he shouldn’t be hitting the TV circuit. The total pages involved are less than 20, the whistleblower complaint totals 9 pages. Yet, strangely he is sent out on the Sunday cable news shows to defend Trump. I guess if surrogates run out and scream look at Hillary’s e-mails or Joe Biden’s “terrible” actions in the Ukraine, we are expected to ignore Trump’s daily scandals and re-elect him in 2020. Of course, if Trump were so confident in his re-election he would not need to enlist half the world to dig up dirt on political opponents.

The unrelenting attacks and insults against the media, by President Trump, are inexcusable and dangerous.  A little contention is good, but what is going on is unprecedented.  Since when does the top liar in the country have the right to accuse anyone of  lying or creating “fake news.”  The fabricated accusations by Trump are disgusting and unnecessary.  Trump’s assault against the fourth estate must stop.

How Many Tweets Are Too Many

There’s a fellow who is a self-identified “stable genius” tweeting insanely from the White House. Literally he has been on his Twitter feed almost non-stop since the Ukraine scandal broke.  He is lying about the Congress.  He is accusing elected officials of “treason”. He is threatening elected officials with arrest and death. Why? Because they are investigating Trump’s abuse of power.  He continues to lie about what happened in Ukraine. All the while escalating his reckless behavior, literally threatening the country with a civil war. The clock is ticking on how far the country will allow Trump to go.

Who Does Giuliani Represent?

As if that wasn’t enough, the bizarre kabuki performance by a seemingly intoxicated Rudy Giuliani as he makes jaunts from foreign capital to foreign capital lends a queer effect to the antics. Who is Giuliani representing; the United States or President Trump? Rudy doesn’t seem to know himself. Just ask him. One minute he is working on his own behest. Other times he is an envoy of the State Department. Or, he could be acting as the president’s personal attorney. His inability to separate his loyalties is of course concerning.

We are talking about election interference. Pompeo is now fielding reports that he too has pressured foreign governments to dig up dirt on a private citizen, Joe Biden. Another name being whispered is, Vice President, Mike Pence. Of, course. There is no possible way that all of these individuals could be conducting these activities without Mike Pence being involved. In fact, president Trump basically told congress to investigate Pence’s trips to Ukraine.

Through the hurricane we have been able to discern a few things. First, we know there are co-conspirators and most concernedly these co-conspirators are the top most officials in the Trump administration.  Second, we know the conspirators attempted to hide their actions. Third, the President and the Vice President were complicit in actions designed to effect the 2020 election results in Trump’s favor.

So it looks as if Trump is telling the world if he goes down, he is willing to take everyone else with him. Of course, that includes the Constitution and the United States itself. In a Kafka world, after Trump and Pence are taken down, the Speaker of the House, Nancy Pelosi would become President of the United States. I don’t know if that is a good thing or a bad thing, but I know we need a change from Trump, and soon.

We are at a pivotal point in our history. It is essential for people of conscience to speak up against corruption and abuse of power at the highest levels. It is not okay for Donald Trump to ask foreign countries to join in election interference. Trump must be impeached.