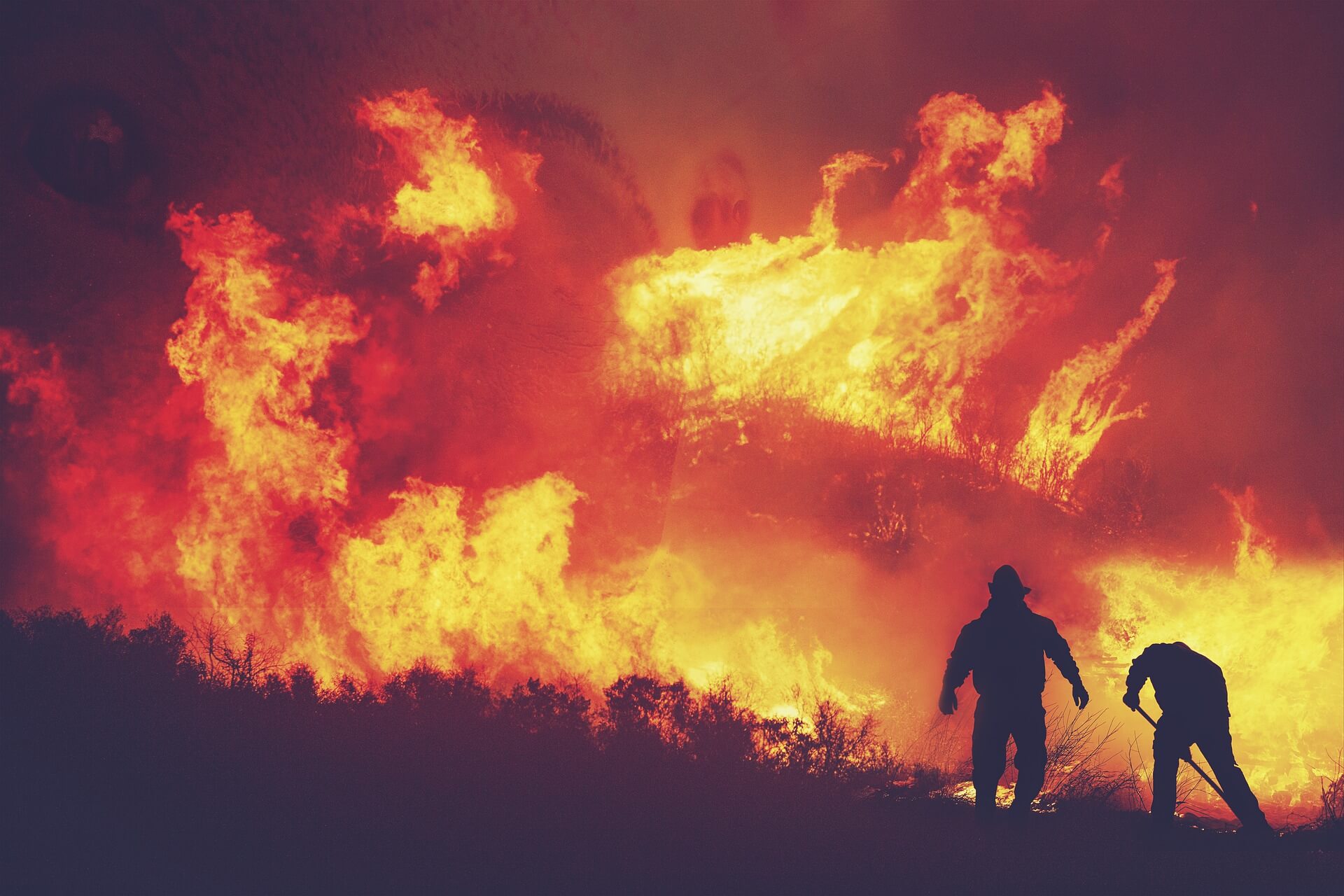 The western United States is suffering under a 20 year drought leading to billions of dollars in lost agricultural revenues and out of control wildfires.

Western state drought: A trauma to the ecosystem

Water is a requirement for all life on earth, whether it be plants, insects, fish, birds, or human beings.  Beyond sustaining life, water is essential for our economic well-being. Water based activities make up a large part of the economy. For example, water shortages in agriculture have resulted in reductions in yield and revenue. Tourism and outside activities have declined. Water transportation is endangered in some areas. The fishing industry is suffering.

Continued low precipitation causes drought. Across the west and southwest, surface water (river, lake, stream and pond) is primarily a result of winter snows and rains. Then in the spring that snow melts and the snowmelt flows downstream from higher altitude areas until it is captured by dams and reservoirs. The water is stored and that is delivered gradually to the people and places that need it when then need it, theoretically. (farmers, urban areas).

Severe, extreme, and exceptional drought conditions have become increasingly common throughout the western United States. The last 20 years has brought abnormally dry conditions to the region. These conditions have led to a wide range of problems. Agricultural production is down due to inadequate water for irrigation. The loss of bee hives threaten the pollination of crops and is in fact at a critical state. Many scientists are pointing to climate change and reduced water supplies killing not only bees but every other insect on the planet. Animals are dying because they have inadequate water to sustain them.  Entire industries are dying because of the drought. It is a worldwide problem, but dramatically visible in the western United States.

Not Just The Obvious

Tourism has been negatively affected.  Whether it is snow skiing, hiking, kayaking, or fishing, lower stream flows and decreased snowpack have changed the attractiveness of such activities. In each of these instances, the impacts are likely to extend beyond sectors directly effected and beyond traditional economic indicators. For example you may also see a drop in ski and outerwear sales or fishing boats and equipment as vacation options change.

Lower stream flows have impacted demand for boating and fishing activities. The extreme heat has deterred potential tourists from visiting many of these regions. The recent heat dome that hovered over the Pacific NW for 10 days sent temperatures in Portland, Oregon to an unheard of 117 F. Such temperatures killed trees and vegetation, creating hazardous fire conditions. Mt. Hood at just over 11,000 feet dominates the Portland skyline. This is the first year in my memory that the mountain is bare of snow. There is no existing snowpack. The great rivers of the west are in danger as snowpack plummets. Unheard of conditions. As a child of the Pacific Northwest I am fearful for the future.

Effects on forests and wildfire risks

Forests are suffering. The impact of extended drought on forests are already underway in the West, but all U.S. forests are vulnerable to drought. Climate changes is stressing forests by altering suitable habitats. It is causing the relocation of habitats at rates much faster than populations of trees can mitigate. Recent large diebacks have had global impacts on carbon cycles, including carbon release from biomass and reductions in carbon uptake from the atmosphere.

Furthermore insect and pathogen outbreaks have increased wildfire risk. Due to long-term drought and global warming in the western United States, Bark beetles are currently creating devastation.  The beetles are the single most important biotic agent of tree mortality. Multiple large insect outbreaks have killed hundreds of millions of trees in recent decades and those dead trees act as fuel to wildfires. The National Interagency Fire Center reported that 93 large fires had burned more than 1.8 million acres across 14 states in its latest briefing. That includes nearly 1.4 million acres in California alone.

Effect of drought on the power supply

A serious result of the water shortage is the growing loss of hydropower. The less it snows, the less water there is behind hydroelectric dams, and the less “fuel” there is for producing hydro-electricity. In addition, if drought years are associated with higher air temperatures, as is the case in the West, those higher temperatures can simultaneously increase people’s demand for electricity to cool their homes. The strain on the grid often leads to prolonged electrical shut downs for whole cities and regions. Low water levels may also impact demand for electricity in other sectors, including how much pumping energy is used to move water from one place to another and/or irrigate crops.

When hydroelectrical power is “lost”  that power must be replaced by another power source. That means that electricity is then produced by natural gas and/or coal-fired power plants. This results in higher carbon dioxide emissions and higher electricity prices in wholesale power markets.

Effect of the drought on crops and animal loss

Important feed crops like corn, hay, sorghum and wheat have been negatively impacted by the drought. Each additional month of extreme drought conditions has been associated with a decrease in total corn and wheat production of 3.2 and 3.6 percent, respectively. The drought has been particularly hard for Western farmers and ranchers. Water scarcity has led to stunted crops, and shrinking cattle herds.

North Dakota specializes in Durum and Hard Red Spring Wheat. While parts of the state saw rainfall in June it was lower than normal leading to a poor wheat crop. Western farmers and ranchers are facing a brutal growing season as drought conditions drastically reduce water deliveries. Farmers and ranchers are being forced to make difficult decisions about the future of their operations. And not just their operations are at stake. No water for a farmer means no crops, no food, and a minimal ability to take care of their family. It should be setting off alarm bells in Washington D. C. and elsewhere as food supplies shrink.

Since 2000, the Colorado River Basin has experienced the driest 20-year period in over 100 years of historical natural flows according to a 2015 study. This period also ranks as the fifth driest 20-year period in the last 1,200 years. The two largest reservoirs in the west, Lake Mead and Lake Powell on the Colorado River, are at historic low levels. As drought conditions have worsened, hundreds of stream and river locations are experiencing below-average flow. This summer, the federal government declared an official shortage on the Colorado River for the first time in history.

Many other reservoirs in the West are running short on water. California’s two largest lakes, Shasta and Oroville, are at 46% and 37% of their historic averages, respectively. New Mexico’s largest reservoir, Elephant Butte, on September 19, 2021 was at a shocking 5.6% of capacity!

Among the hardest hit by the drought are citizens of the Navajo Nation. The Nation covers parts of Utah, Arizona and New Mexico. The four corners made famous by the mystery writer, Tony Hillerman. This region has been an epicenter for what some are calling the “megadrought.” Navajo people who make a living by raising cattle have been particularly vulnerable. Navajo families feel it is essential to keep and maintain a herd of cattle or a flock of sheep to strengthen traditional cultural ties to the land.

The Biden administration has a huge infrastructure plan to curb climate change. Those plans are now facing challenges in the Congress, particularly the Senate where more legislation dies than becomes law. The effect of dark money from the fossil fuel industry on U.S. lawmakers is scandalous. It is time for those who believe in the dangers of climate change and pending water emergency to get on their cell phone and start calling your senator and your state representatives.  Time is running out. There are many scientists that believe it is already too late. I’m hoping those doomsayers are wrong and we still have a few years left before it is too late. Call your congressperson.