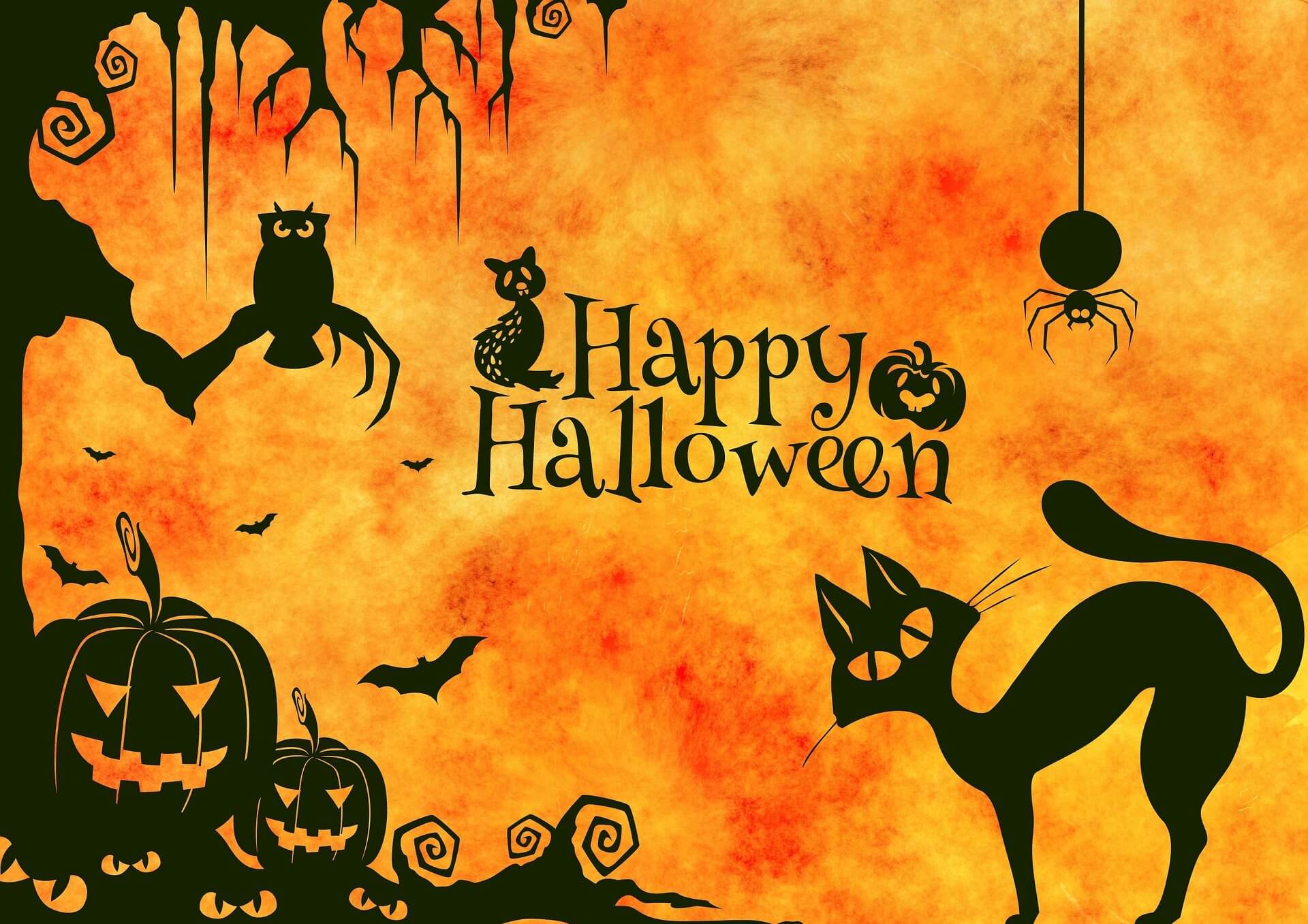 It’s That Time of Year…

All About Pumpkin Spice

Happy Halloween, everyone!  The pandemic has changed how we celebrate, but it’s fun to remember Halloweens gone by, while dreaming up ways to make new memories.  The crisp fall air, bright and vivid autumn colors, and everything, from facial wash to floor polish, going all pumpkin spice, makes me think of Halloween. Chocolate, candy apples, and costumes, every child’s dream.  The crowning of our newest Miss America made me recall a particular Halloween costume of my youth.

A Mask of a Different Kind

Unlike the very cool Halloween ensembles we now see displayed in retail establishments, when I was child, costumes were different.  They came in a square box with a cellophane window and consisted of a one-piece garment made of a flimsy, shiny nylon, and a full face, molded plastic mask with cutouts for eyes, nostrils, and mouth.  Those masks were quite like a sauna for the face – those of us that have reached a certain age can remember that sweaty-faced feeling that came with wearing one of those frightful false faces.

A Not So Crowning Achievement

When I was 5, my mother bought me one of those Halloween boxed sets. It was special: I could see the title “Miss America” through the window of the box. My heart did a quick pitter-patter.  This was no ordinary Halloween costume; I am talking haute couture for the 5-year-old set. My previous Barbie ensemble was runner-up to what was in this box.  Tearing off the lid, I discovered with dismay that there was no crown, no crown. . .only a painted-on image atop the molded plastic mask – this would not do.

This was wrong because I had the inside scoop; I had been allowed to stay up past my bedtime to watch the Miss America pageant.  I saw Miss Oklahoma Jane Anne Jayroe win the competition that year, and I knew there was no way I could wear this costume without the requisite crown.  (Little did anyone know that years later, my little girl dream would come to fruition as a contestant in the Miss Allegheny County preliminary for the Miss America contest, then as a judge, and later with my own pageant titles.)

Back to the local grocery store from whence it came went the costume, and since they were fresh out of crowns, my seamstress aunt Irene, was enlisted to save Halloween. Because I couldn’t pronounce her whole name, she was just aunt “Ia”.  We all knew she would create a one-of-a-kind outfit just for me, an elegant fairy princess costume, complete with glittery gossamer wings in pink brocade. I was sure to be the envy of every little girl in my kindergarten class. There were sure to be extra Hershey’s Kisses and mini boxes of raisins when people saw me in my stunning outfit.  I could envision the extra pink bubble gum and wild cherry lollipops being tossed into my little orange plastic pumpkin (they didn’t make pink ones back then or mine would have been pink).

Finally, October 31st arrived. With giddy anticipation, accompanied by my mom and godmother, we arrived at my aunt’s home.  I could barely contain my excitement as I sat on her red chenille sofa, awaiting the unveiling of the world’s most amazing princess costume.  Finally, the garment bag was unzipped, and to my 5-year-old horror out came a bright orange pumpkin getup, complete with a green felt Peter Pan collar.  My aunt had generously included some toss cushions from the very sofa I sat on as pumpkin padding.

It May Be the New Black but Not the New Pink…

Now for us “Legally Blonde” fans we know that “orange is not the new pink,” and certainly pumpkin was not the new princess.   I was incredulous as the adults surrounding me made comments such as, “How adorable!” “She’ll be the only pumpkin at the party,” and “Did you remember the brown eyebrow pencil to smear over her nose for a stem?”  Years later, I empathized with the character of Ralphie in “A Christmas Story,” when he opened that oh-so-precious pink bunny suit.

Let Down Not So Easy

So, this was it.  Total despair. Goodbye, extra Hershey’s Kisses, mini boxes of raisins, pink bubble gum, and wild cherry lollipops.  I was to be a pumpkin, not a princess.  I felt cheated – how could the same aunt who had made my pretty pink birthday dress with the cap sleeves and gold buttons have created this monstrosity that was now being placed over my head.  You can imagine how I felt.  It was like winning a split-the-pot raffle when the pot only contained $2, or worse yet, winning tickets to a concert, expecting to see Josh Groban accompanied by a full symphony orchestra, but instead getting Herschel and the Hillbillies on harpsichord.  Oh, well – tune up your harpsichord, Herschel, and bring on the throw pillows, my Auntie Irene knew how to celebrate Halloween with style. . .

The Spice of Life

Of course, during this month of October, as I mentioned above, we enter the land of pumpkin spice; candles, air fresheners, lattes, donuts, Oreos, cakes, breads, butters, jellies, lotions, toothpaste, and even cat food.  Whatever happened to plain old pumpkin pie, smothered in a half-a-can of fat free Reddi-Whip?  I personally enjoy a pumpkin spice muffin, washed down with a mocha latte. However, I prefer to brush my teeth with something minty fresh, not tasting of sugar and spice, and if I tried to serve Purina pumpkin spice to my cats Latte and Brioche, they would simply hiss and turn over their bowl.  I heard on K-Love Radio that maple walnut is about to come on the scene and blow pumpkin spice out of the water – I might love me some maple walnut if it’s in a coffee cake, but I don’t care to wash my hair with it or serve it to my dog Sasha in the form of a biscuit.

All this fall food obsession got me to thinking about “superfoods”, such as the recent craze, “maca” – it allegedly alleviates symptoms of menopause including depression, balances hormones, improves fertility, and is an aphrodisiac. Hmmm. Supposedly, it can be calming and energizing at the same time, while having the aroma of yummy butterscotch.  In California, it also comes with a lead warning, and pregnant women are advised not to eat it. I might add if I ever saw it growing in my garden, I would likely scream and turn the hose on it – it has the appearance of a small troll (appropriate for Halloween, and just as scary. . .).

Now I am a fruits, veggies, and brown rice kind of girl, not without my vices, so I do try to keep it healthy.  But I honestly must admit I don’t understand the obsession with coconut oil and kale: I have used coconut oil to moisturize my cuticles and I have attempted kale in many ways; I learned on “The Real Girl’s Kitchen” that kale needs to be gently massaged prior to consumption.  Even after a Shiatsu rubdown and a pumpkin spice facial, kale is still no more appealing, so I decided that I would take a trip to Massage Envy myself and throw away the over-pampered leafy green.  I do not like it on a plane; I do not like it on a train.  My fridge even features a magnet from my doctor which states, “Kale is not the answer to all of your health problems”.

Super to Me Foods

Therefore, I have come up with my own list of superfoods to enjoy at this year’s Halloween parties and scare away the evil spirits. At the top is Mega Stuff Oreos – mega and super are synonyms, so this is clearly a superfood. I am going to increase my consumption of these and stop buying the lower fat variety.  Next, we have Ben & Jerry’s Cherry Garcia FroYo. This is a very balanced food: low fat yogurt, the antioxidant fruit cherries, and dark chocolate, which has proven health benefits.  Having spent my childhood summers on my uncle’s dairy farm, my fat-free milk must come from a cow, not treated with growth hormones.  In my opinion, milk does not come from a nut or a bean.  Move over coconut oil and kale, Ben & Jerry is on the scene – with style. . .