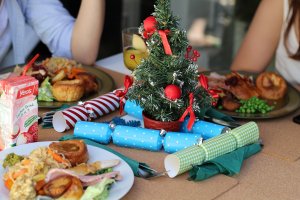 Despite the cries of “holiday cheer,” the truth is holidays can drain you of every ounce of patience and good humor you possess. The dark underbelly of family gatherings is that they often culminate in contentious  counter viewpoints. These instances can be quite grating for all parties, especially where generational gaps are involved. While it’s easy to dismiss such disagreements as being a result of an ageist culture, one that neither admires nor protects its most experienced members, I sense there’s more to it than that.

Often, the mindset that genuinely worked for one time in history does not work when applied to another. During times of war, hardship and economic depression, children grew up fast. They often skipped the phase that allowed them to develop as individuals and instead adopted a more collectivist perspective, with an absolute respect for authority. Case in point: The idea that children are to obey all adults—absolutely and without question—is a concept that has actually led to insanely corrupt and egregious cover ups of child predators.

A Shift in Parenting Priorities

Now, armed with this knowledge, parents no longer tell their children to trust all adults or do as they’re told without a prior relationship established. Perhaps as a result, we have more self-aware young people and more challenging behaviors at times as today’s kids test boundaries with their parents, teachers, and older family members. Gone are the days of “Because I told you so,” as we usher in the new era of, “I understand that you’re upset, but you cannot do that because . . . .” We are demanding accountability from parents as well as children, and while it may be an exhausting way to parent, it’s by far the preferred method for newer generations.