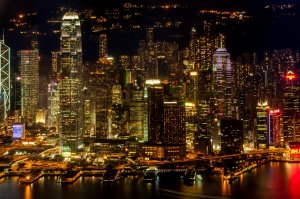 Continuing anti-democratic crackdowns in Hong Kong are alarming many in the west.

On July 1, 1997 the UK transferred sovereignty over Hong Kong to the People’s Republic of China. Hong Kong is now a Special Administrative Region of the PRC.  At the time of the transfer, Chinese officials promised to preserve as much of Hong Kong’s unique attributes as possible. In fact, a 50-year autonomous stretch was declared. During the autonomous period Hong Kong was to keep its capitalist structures and its western freedoms. The plan was to integrate Hong Kong with motherland China while preserving the political and economic systems that had developed under the British.

The Sino-British Joint Declaration of 1984 outlined the territory’s “one country, two systems” future. That principle is enshrined in a document called the Basic Law – in effect, Hong Kong’s mini constitution. Although the Chinese central government does not have power over Hong Kong per say; the central government does have the authority to interpret the basic laws. According to the terms of Hong Kong’s constitution (it’s basic law), the autonomous period is to last until 2047. From recent events 50 years is apparently longer than Beijing intends to wait.

In recent years, Beijing has begun interfering in Hong Kong’s political governance, notably cracking down on any form of dissent; peaceful or not.  Such central government actions fueled massive protests in Hong Kong between 2019-2021. In 2020, Beijing passed a controversial national security law and arrested dozens of pro-democracy activists and lawmakers. It is becoming clear that Beijing is intent on eroding the long-held freedoms of Hong Kong citizens.